“At OPEC, we believe that multilateralism should be at the heart of our energy, climate and sustainable development future. 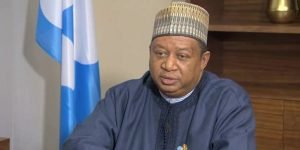 Dr Mohammad Barkindo, Secretary-General, Organisation of the Petroleum Exporting Countries (OPEC), has underscored the vital role that cooperation and multilateralism could play in the future of OPEC and energy industry.

Barkindo made this known on Saturday at the Sixth edition of Iraq Energy Forum in Baghdad, Iraq, being organised by the Iraq Energy Institute and the Iraqi Government.

The event is holding from June 18 to June 20, with the theme “Global Energy Security in Times of Conflict and Uncertain Economic Recovery.”

“At OPEC, we believe that multilateralism should be at the heart of our energy, climate and sustainable development future.

“OPEC and its Member Countries have been directly involved in the evolution of the multilateral United Nation Framework Convention on Climate Change (UNFCCC).

“UNFCCC whose core elements are particularly equity, common-but-differentiated responsibilities and national circumstances, must remain central to all processes moving forward,” he stated.

He said there was no doubt that the oil and gas industry could leverage its resources and expertise to help unlock a low-emissions future.

This, he said, would be through its role as a powerful innovator in developing clean and more efficient technological solutions to help reduce emissions.

Underlining the importance of sustainable investment in the oil industry to ensure that supply met demand, he said that a total investment of US$ 11.8 trillion was required through 2045, referencing OPEC’s World Oil Outlook 2021.

Barkindo thanked the organisers for the invitation to participate in the leading energy gathering, highlighting its timeliness and importance given recent industry developments.

“Since I attended the first iteration of this event in 2016, this Forum has gone from strength to strength to become an influential event, not only for Iraq, but for the entire Middle East region.

“It continues to attract leading energy figures from across the global industry. The unity, peace, stability, economic growth and prosperity of Iraq and its people is of a fundamental importance to OPEC,’’ he said.

Following the opening ceremony, the organisers presented the secretary-general with the prestigious Iraq Energy Award from the Iraq Energy Institute.

The award was in recognition of his many years of achievements and dedication to OPEC, its Member Countries and the global energy industry.

It focused on recent energy market trends, OPEC’s role in energy security, prospects for the oil and gas industry, and the Declaration of Cooperation.

Ali Allawi, Iraq’s Deputy Prime Minister of Economic Affairs and Minister of Finance, was among the session’s participants.

In its sixth iteration, the forum, which is the country’s energy and economic flagship event, provided a platform for lively discussion and interactive exchange between a wide range of industry stakeholders.

The American University of Iraq in Baghdad (AUIB), a co-organiser of the Iraq Energy Forum 2022, also appointed the secretary-general as an Honorary Professor.

Iraq will also host the launch of OPEC’s history book, titled “OPEC 60 years and beyond: A story of courage, cooperation and commitment” in the Al-Shaab Hall in Baghdad, on Sunday, June 19.

Retail price for petrol increases to N173.08 in May – NBS