He described the development as unhealthy, saying the hike portended stiffer hardship for Nigerians. 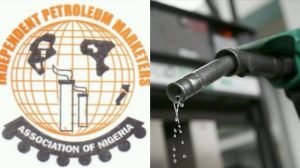 Mr Chinedu Anyaso, a chietain of the Independent Petroleum Marketers Association of Nigeria (IPMAN) says the hike in the price of Automotive Gas Oil (AGO), popularly called diesel, will worsen inflation in the country.

Anyaso, who is the Chairman of IPMAN, Enugu Depot Community, said this in an interview with the News Agency of Nigeria (NAN) in Awka on Friday.

He described the development as unhealthy, saying the hike portended stiffer hardship for Nigerians.

NAN reports that the price of the commodity went up about two weeks ago in Awka and its environs from N400 per litre to N650 per litre.

Diesel is the major source of energy for articulated vehicles, industries and hotels largely due to irregular public power supply.

Anyaso said the price hike of most refined petroleum products may not be unconnected with the rise in price of crude in the international market, arising from the Russian invasion of Ukraine.

He said the instability in prices was not good for IPMAN members and businesses generally.

“We are worried with the rise in the price of diesel and other petroleum products.

“The development is affecting our members because each time we go to depot to load, we see new price.

“It will certainly lead to general inflation because AGO is the major source of fuel for most transporters and manufacturing concerns across the country,” Anyaso said.

He, therefore, charged the Federal Government to take urgent steps to fix the country’s refineries or build new ones to protect citizens from the harsh effects of fluctuating international crude price.

He regretted that the downstream sector relied completely on importation and feared that there would always be supply problems, should the Russia/Ukraine war persist.

He gave assurance that IPMAN would continue to ensure seamless distribution of available products in the South-East at the prevailing market price.