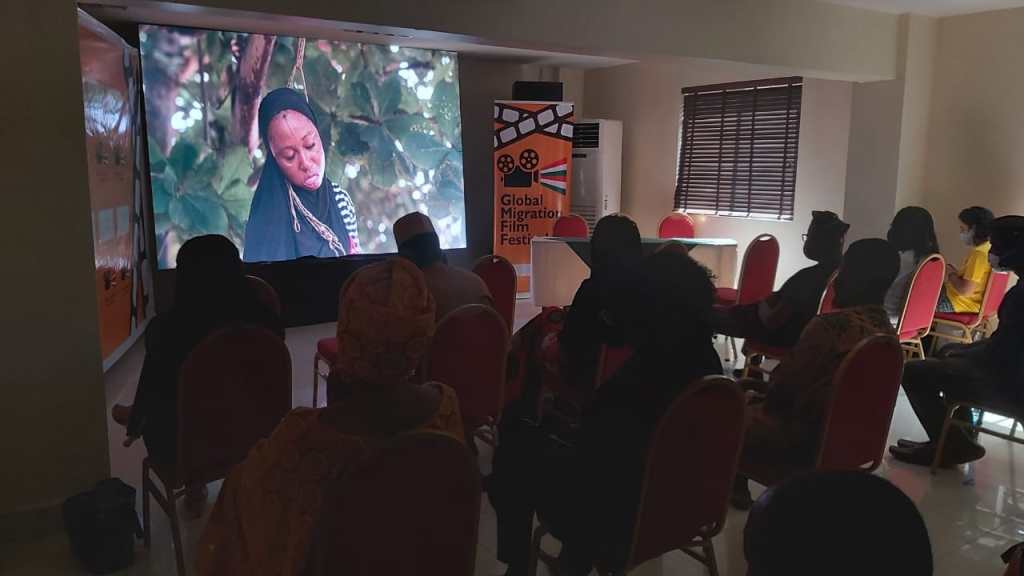 The International Organisation for Migration (IOM) on Friday, held a film festival to sensitise Nigerians to the implications of migration

The festival which showcased two movies juxtaposed the hidden intricacies of migration, be it regular or irregular.

The festival is part of global activities to mark the 2021 Global Migration Film Festival, an annual event that brings the world together to share migration stories, enabling migrant journeys to be told through the eyes of the migrants themselves.

It features films and documentaries that capture the promise and challenges of migration, and the unique contributions that migrants make to their new communities.

The first movie ‘Hide’ tells the story of a young girl who attempted to migrate through the irregular route: she became a victim of rape and sex slavery.

The young lady who eventually contracted HIV, was rejected and scorned upon return by family and friends – an action which frustrated her to take her own life.

The second movie ‘Lodgers’ tells the story of a bank manager and his wife a qualified architect. They opted to migrate to Europe in search of greener pastures.

Although they migrated regularly and as such didn’t face the rigours of travel, upon arrival at their destination, things were not as they expected as the duo struggled for many months to get jobs but to no avail.

Panelists who spoke after the films pointed out that it was important to address the push factors of migration in Nigeria and the rest of Africa.

For them, issues including lack of jobs, social insecurity, insecurity among others were forcing many Nigerians to seek alternatives including irregular migration.

They stressed that although regular migration was preferable, they urged Nigerians to ensure that they seek all information including the kind of jobs they can do before setting out.

On that note, panelists also urged those seeking to migrate to acquire skills beyond tertiary education and also learn a new language where necessary before opting to move.

Finally, they advised that Nigeria should begin to see migration as an economic move that can be supported by the country to spur development.