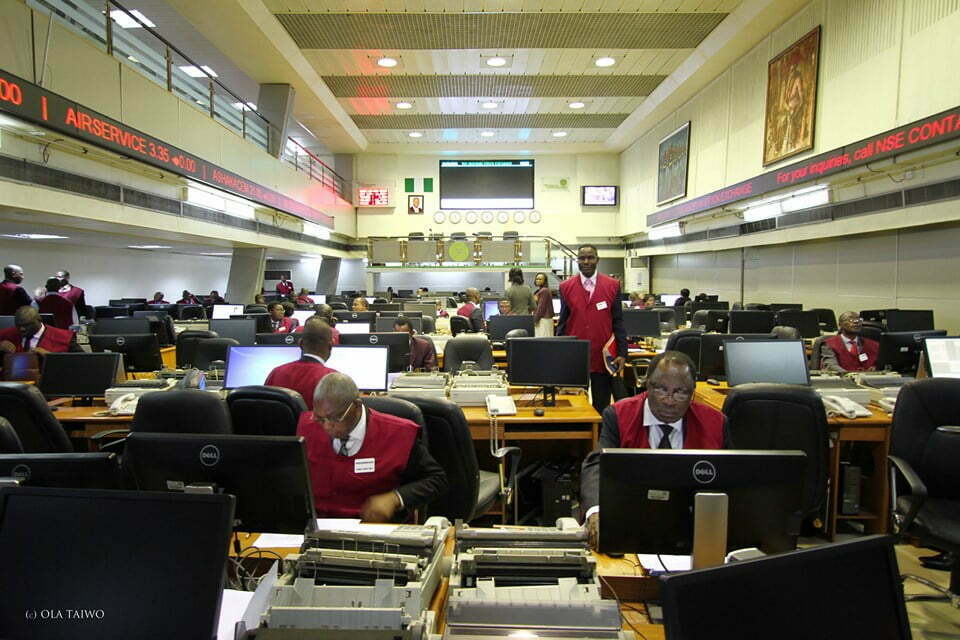 The bears resurfaced on the nation’s bourse on Wednesday snapping the two-day bullish run due to profit-taking in Lafarge Africa and 18 others.

Accordingly, the month-to-date and year-to-date gains moderated to 4.0 percent and 8.5 percent, respectively.

Also, the market capitalisation which opened at N22.821 trillion lost N12 billion to close at N22.809 trillion recorded on Tuesday.

Red Star Express led the losers’ chart in percentage terms by 9.86 percent to close at N3.29 per share.

Pharma Deko followed with 9.83 percent to close at N2.11 per share.

Associated Bus Company and FTN Cocoa processors shed 9.09 percent each to close at 30k and 40k, while Consolidated Hallmark Insurance lost 8.33 percent to close at 55k per share.

Conversely, Neimeth International Pharmaceuticals dominated the gainers’ chart in percentage terms with 10 percent to close at N1.98 per share.

Transactions in the shares of Flour Mills of Nigeria topped the activity chart with 50.59 million shares valued at N1.48 billion.