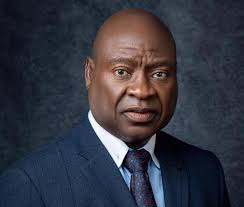 The Director-General of the Industrial Training Fund (ITF), Mr Joseph Ari says institutionalising apprenticeship and traineeship will address the high rate of poverty and unemployment.

Ari said this on Thursday in Abuja at the Second National Skills programme with the theme, “Institutionalising Apprecenticiship and Traineeship for National Development”.

According to him, the increasing rate of unemployment and poverty is a wakeup call for all including ITF, which core mandate is skills development to seek lasting solution.

He said the choice of this theme was deliberate because of soaring unemployment and poverty in Nigeria and how we can apply apprenticeship in resolving it.

“This is bearing in mind how well it worked miracles for countries that took that route when they contended with issues such as we are facing now.”

Ari said repositioning apprenticeship would help tackle increasing poverty and unemployment as indicated by the National Bureau of Statistics (NBS).

The NBS in its Labour Force Statistics, Unemployment and Underemployment Report of Q4 2020, unemployed persons in the economically active or working age, 15 to 65 was 122,049,400.

“What could be inferred from the survey is that more than 23 million Nigerians that were perhaps qualified and willing to work were without jobs.

“It also shows that the unemployment rate among the youth, 15 to 35 years, was up by eight per cent.

“It rose from 34.9 per cent to 42.5 per cent, which is the highest among other age groupings within the period under review,” he said.

Ari expressed concern that in spite of the high unemployment rate, rather than absence of jobs, vacancies still existed in several sectors.

He said that a Skills Gap Assessment of six priority sectors revealed that some vacancies could not be filled by Nigerians because of lack of requisite skills.

“The question that arises from this paradox is, how can we plug these gaps using apprenticeship?

“The answer to this question can be found in countries such as Germany, China, Australia, USA and others.

“These countries at various times faced similar challenges such as we are contending with.

“What they did was to pour greater investments in skills acquisition and apprenticeship training,” he said.

While citing instances of how countries like Germany scaled the hurdle, the director-general said they saw potential in apprenticeship and took advantage of it.

“In Germany, about two decades ago, there was mass unemployment with roughly five million unemployed people and low employment rates.

“Today, nearly two-thirds of young Germans are enrolled in apprenticeships once they leave full-time education using the German Dual Vocational and educational training (DVT),” he said.

“England in 2009 made concerted efforts to increase the number of apprenticeships to combat youth unemployment by creating National Apprenticeship Service.

“While France in 2020 alone spent more than a billion Euros to boost its apprenticeship programmes.”

Ari explained that apprenticeship had been an age-long tradition and an institution in Nigeria.

He said that it was a common feature in the traditional setting to see people engage in vocations like farming, carving, carpentry, catering, and building among others.

He, however, expressed concern that the potential of apprenticeship in tackling unemployment and poverty had not been fully actualised in Nigeria.

The director-general said the traditional apprenticeship, which was still being practised in Nigeria was not viable enough to curb issues of unemployment and other societal problems.

Ari said it was in the realisation of the numerous benefits of apprenticeship that ITF took the lead in collaboration with critical stakeholders to ensure its institutionalisation.

He commended the Federal Government for establishing ITF to help harness potential in vocational skills to effect the needed change.

Ari said in its fifty years of existence, ITF had pursued its mandate with single-mindedness and vigour.

He said that ITF had trained more than 22 million Nigerians whose contributions to the growth of the various sectors of the economy could not be quantified.

According to him, ITF liaised with a total of 1,353 companies for promotion of in-company apprenticeship activities
between 2010 and 2019 alone.

He stressed that the fund “visited and appraised 1,146 companies to determine their potential to conduct apprentice training in identified trade areas.

“It also installed the scheme in 286 companies as well as monitored 831 companies, leading to the training of 36,397 most of whom are gainfully employed.”

The ITF boss disclosed that the fund was currently working on bringing in skills intervention programmes like National Industrial Skills Development Programme (NISDP).

He said that Women Skills Empowerment Programme (WOSEP) and Passion to Profession Programme (P2PP) were being considered among others.

Ari called on curriculum planners and employers’ associations to design youth apprenticeship programmes among other suggestions.

He expressed optimism that the programme would provide the platform to articulate strategies for a robust apprenticeship scheme in Nigeria.

The Minister of Industry, Trade and Investment, Adeniyi Adebayo, commended ITF’s commitment to creating avenues for dialogue on ways of enhancing skills acquisition.

He lauded the convening of the programme, saying its theme aligned with efforts by the Federal Government to resolve challenges linked with rising unemployment and poverty.

Adebayo, who was represented by the Minister of State for Industry, Trade and Investment, Maryam Katagum, commended ITF for being one of the foremost agencies under the ministry.

“You may be aware that the Federal Government has through its Ministries, Departments and Agencies (MDAs) initiated and implemented a number of programmes.

“Programmes that have recorded positive results, especially in terms of uplifting the living standards of Nigerians as well as developing national economy.

“What government, however, finds worrisome is that although most of our programmes get expected outcomes in terms of jobs created, Nigerians with the requisite skills are lacking,” he said.

The minister assured of the ministry’s commitment to implementing resolutions that would emerge from the summit.

The Chairman, Oil and Gas Free Zone, Dr Chris Asoluka, said the move toward institutionalising apprecenticiship and traineeship for national development was achievable.

Asoluka, who was the theme paper presenter, urged the director-general of ITF to assemble the best brains and people who shared in his vision, to come up with workable framework.

He said that a properly planned framework would engender better policy or law that would drive the idea and ensure effective implementation.

Other critical stakeholders including the Nigeria Employers Consultative Association (NECA) and the British High Commission to Nigeria also delivered their goodwill messages.

They all expressed commitment to working with ITF to upscale job creation while drastically reducing poverty in Nigeria.

The News Agency of Nigeria (NAN) reports that the programme which had two plenary sessions had discussants, who spoke on developing functional framework for national apprenticeship and traineeship scheme.

The discussants also spoke on the issues and prospects of apprenticeship and traineeship scheme in Nigeria.