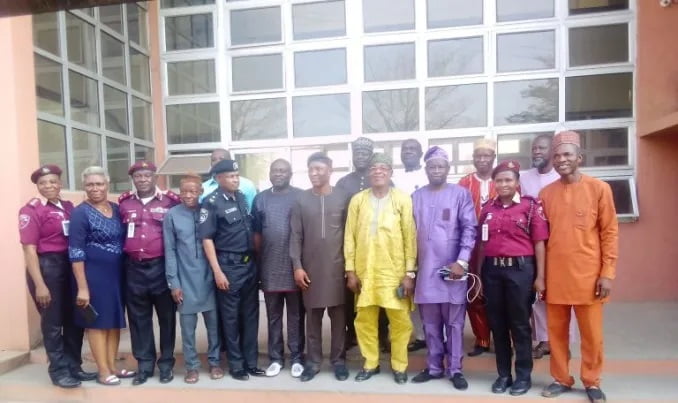 The Independent National Electoral Commission (INEC) has collaborated with transport unions in Oyo State on how best to achieve smooth movement of election materials and personnel during the forthcoming general elections.

Dr Adeniran Tella, the Oyo State Residents Electoral Commissioner (REC), INEC, disclosed this to newsmen shortly after the commission’s meeting with the leaders of the transport unions on Tuesday in Ibadan.

The INEC boss, said the meeting reached an agreement with the unions on ways to incorporate them in area of logistics, noting that transportation was one of pre-election planning embarked upon by INEC to achieve early morning opening of polling boots on election days.

According to him, the commission discovered that issues around transportation has always been a major obstacle against early morning opening of polling boots in previous elections.

He added that the commission seeks to seal an agreement with the unions on the numbers of vehicles that would be needed in each Local Government Area (LGA) on the day of election with documentation of their members in case any issues arises.

Editor’s Picks  4th Mainland Bridge in Lagos to be completed in 4 years at $2.5b – Official

“We are setting up a transportation team consisting of three member representatives from each of unions, NEC and other stakeholders, whereby they will be holding regular meetings to have smooth transportation system on the election day.

“Every vehicle supply by these unions will be subjected to standardisation test by the Federal Road Safety Commission (FRSC) to ascertain their roadworthiness before we accept such vehicle for election purpose.

“The commission will not accept any vehicle with political or party logo for movement of materials and personnel during the forthcoming general elections,” he said.

Also speaking, the Commissioner of Police in Oyo State, CP Adebowale Williams, said that the challenges of conduction of credible elections should be seen as concerns of every citizen, including transport unions, security agencies and other stakeholders.

Adebowale, who was represented by DCP Ahmed Garba, expressed the readiness of the police to work with INEC to achieve free, fair, credible and inclusive general elections.

In the same vein, the representative of the Sector Commander, FRSC, Oyo State, Olalekan Morakinyo, said that FRSC is fully prepared to support INEC, especially in area of transport regulations and certification.

Commenting, Mr Dare Ojo, the Chairman, Inter-Party Advisory Committee (IPAC), the umbrella body of registered political parties in Nigeria, urged all stakeholders in transportation sector to see the decision to achieve smooth election process as collective responsibility of all.

There were contributions from each of the union representatives and other stakeholders at the meeting.