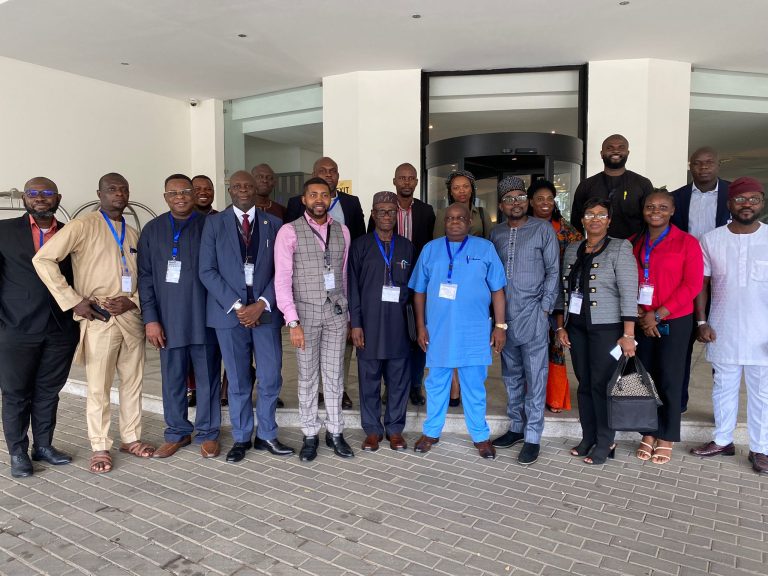 The Vice Chancellor of Igbinedion University, Okada, Edo, Prof. Lawrence Ezemonye, has described the industry- academia interface as a route to Nigeria’s economic development and stability.

Ezemonye made the assertion on Saturday in a communique from the Differentiate Nigeria High –level Stakeholders Meeting in Lagos.

This, he explained, would in turn lead to increased productivity and enhanced national Gross Domestic Product (GDP).

“Industry/Academia interface is the beginning of growth because the industry has their demand and the academia provides their philosophy.

“There is this issue that the graduates from the academia do not ordinarily meet the demand of the industry.

“For this reason, it became necessary to find a way to bridge this gap.

“And this gave birth to the partnership between the University of Benin and Lancaster University 10 years ago, propelled by Prof. Kirk Semple; Dr Akanimo Odon, CEO, Envirofly Consulting UK Limited and myself.

“I can authoritatively say that industry- academia interface is beginning to gain grounds, and it has spread to University of Lagos, Babcock University and others,” he said.

He added that 1.5 billion pounds was earmarked for the project by the Global Challenges Research Fund.

He added that the partnership was also to showcase the Stimulating Entrepreneurial Thinking Tool Kits for Scientists and Students (SETSS).

“Actuate (700,000 Pound Waste to Energy Demonstrator Plant Development Project with over 10 organizational partners from Nigeria and Ghana), launched in CSIR-FRI Ghana and delivered in partnership with African partners.

“All these, in partnership with University of Benin and Igbinedion University Nigeria, Lancaster University Ghana, Kenyatta University Kenya and CSIR Ghana,” he said.

Odon pointed out that the project was to make researchers entrepreneurial in their thinking, adding that it was to change researchers narrative of publish or perish to research for earning money.

According to him, the British Council understands that for Africa to grow, universities must be solid and robust.

“So, we developed an innovation in African Universities Program called DIFFERENTIATE, which is why Lancaster University partners some of these African universities.

“Africa was home to just 2.4 per cent of the world’s researchers (1.1 per cent for Sub-Saharan Africa and 1.4 per cent in North Africa).

“The share of researchers in Germany (4.6 per cent), the Republic of Korea (4.1 per cent), and France (3.4 per cent) is larger than that of the African continent as a whole,” he said.

Also, Dr Chima Igwe, Director, Department of Chemical, Fibre and Environmental Technology, Federal Institute of Industrial Research, (FIIRO), stated that what most scientists needed was the twin area of entrepreneurial and kinetic thinking.

Igwe, also a stakeholder in the programme, said this would enable scientists create the much talked about wealth and generate employment using their various fields engagements.