According to him, the collection is being done in collaboration with the Ministry for Local Government Affairs. 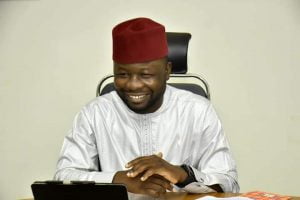 The Kaduna State Internal Revenue Service (KADIRS), says that implementation of the state’s Development Levy is ongoing through the traditional institution.

Head, Corporate Communications of KADIRS, Mr Zakari Muhammad said this in an interview with the News Agency of Nigeria (NAN) in Kaduna on Thursday.

According to him, the collection is being done in collaboration with the Ministry for Local Government Affairs.

He said that the traditional leaders, Village and Ward Heads had been empowered by the Kaduna State Tax Codification and Consolidation Law, 2020 as amended, to collect the levy on behalf of KADIRS.

NAN reports that the law provides that all residents of the state from 18 years and above shall pay an annual Development Levy of N1,000 on Jan. 1 of every year.

The law also stipulates that all incorporated and unincorporated employers in the state shall be responsible for deducting and remitting the Levy on behalf of their employees.

According to the law, traditional institutions in the state shall work with KADIRS and the respective Local Government Council to identify persons who are liable for the payment within their domain.

The law also provided that all Wards Head shall keep a list of people liable to pay the levy within their jurisdiction, adding that all records of payment shall be consolidated from the Ward to the District and Chiefdoms or Emirates.

According to the law, any person who fails to pay his Levy for a given year commits an offence and shall be liable upon conviction to a fine equal to three times the amount or three months imprisonment.

“Where an incorporated or unincorporated organisation fails to deduct and remit the Levy, any employee who is responsible commits an offence and on conviction, pays a fine of N100,000 and one year imprisonment.”

Muhammad said that 25 per cent of the collections would be payable to the traditional institutions as cost of assessment.

He said that 60 per cent of the collected levy would be remitted to the originating local government council for capital projects within the area.

The official said that traditional leaders had been sensitised to the process and benefits of the Development Levy and have been trained in partnership with Kaduna ICT Hub, on the electronic payment platforms,” he said.

On revenue collection at local government level, the spokesman said that KADIRS had reconstituted the Local Government Revenue Committee for effective collection.

He said that the committee and money agents had been sensitised to the different states and local government revenue lines to avoid multiple taxation.

“With this development, each local government council will have access to a portal where they can track their revenues, improve collection where necessary and ensure they get what is due to them,” he said.

Interswitch, Compass Plus Technologies partner to ease payments across Africa