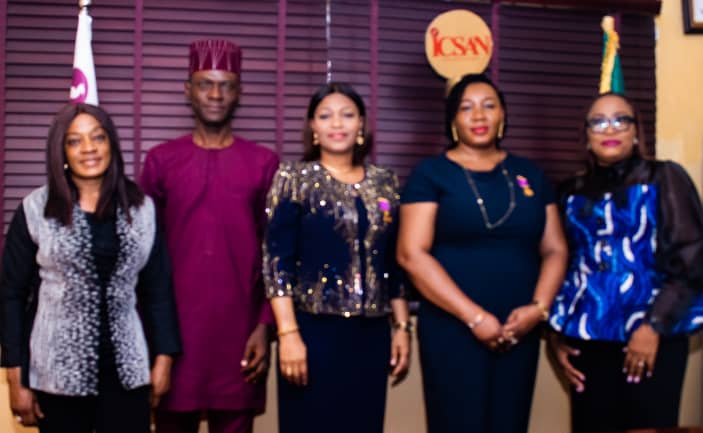 The Institute of Chartered Secretaries and Administrators of Nigeria (ICSAN) has expressed concern over the country’s debt profile, which it said had become alarming in recent times.

Mrs Funmi Ekundayo, Vice President, ICSAN, said at a news conference on Tuesday that the debt burden had become worrisome because it was an important part of the country’s fiscal policy.

“Debt is not a bad thing when you have the right means for your financing as a nation and you do the right thing, which includes infrastructure and other developmental purposes.

“This can act as a leverage for the economy in the long run to pay up those debts without much ado.

“But if we use the debts in the wrong direction, especially for recurrent expenditure, then that is where the problem lies,” she said.

The ICSAN vice president said for these reasons, the institute would convene a conference from Sept. 15 and Sept. 16 in Lagos to proffer solutions to the county’s rising debt profile.

The theme of the conference, to commemorate ISCAN’s 46th anniversary, is: “The National Debt Burden: Causes, Effects and Realistic Economic Solutions.”

She said the annual conference would kick off with a walk for life fitness, and that the exercise would take place simultaneously across all chapters of ISCAN in the federation.

The Minister of Works and Housing, Mr Babatunde Fashola and Speaker, Federal House of Representatives, Hon. Femi Gbajabiamila, are among personalities expected at the event.

Ekundayo said the chairman of the opening ceremony would be Fashola; Special Guest of Honour, Gbajabiamila, while the keynote speaker would be Mr Ben Akabueze, Director-General, Budget office of the federation.

“The Chairman of the Dinner and Awards Night is Prince Yemi Adefolu, Chairman of Council, Tai Solarin College of Education.

“Mrs Folashade Yemi-Esan, Head of Civil Service of the Federation and Mr Ayuba Wabba, President, Nigeria Labour Congress are some of the discussants at the conference,” she said.

Ekundayo said some of the sub-themes that would be discussed at the conference are: “Public Administration: Entrenching Sound Governance Principles for Macroeconomic Growth.”

Others, she said are: “Beyond Governance, the Role of Dedicated Followership in Participatory Democracy,” and “The Evolving Volatile, Uncertain, Complex and Ambiguous Compliance Landscape in Nigeria: A New Dashboard for the Chartered Secretary.”

She added that at end of the conference, recommendations would be forwarded to the Federal Government on how to proffer solutions to national debt and the way forward for other macro-economic indices.