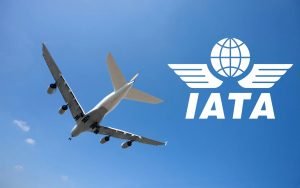 The International Air Transport Association (IATA) says African airlines’ traffic rose to 116.2 per cent in April 2022 compared to a year ago, an acceleration over the 93.3 per cent year-over-year increase recorded in March 2022.

IATA’s Director-General, Willie Walshm said in a statement made available to the News Agency of Nigeria (NAN) in Lagos on Thursday that air travel continues to be in strong recovery trend.

The association which announced that air travel resumed its strong recovery trend in April, despite the war in Ukraine and travel restrictions in China, adding that this was driven primarily by international demand.

It said that a total demand for air travel in April 2022, as measured in Revenue Passenger Kilometers (RPKs) was up 78.7 per cent compared to April 2021 and slightly ahead of March 2022’s 76 per cent year-on-year increase.

According to IATA, with the lifting of many border restrictions, we are seeing the long-expected surge in bookings as people seek to make up for two years of lost travel opportunities.

” April data is cause for optimism in almost all markets, except China, which continues to severely restrict travel,” IATA’s director general Willie Walsh said in a statement.

Meanwhile, IATA said April domestic air travel was down one per cent compared to the year-ago period, a reversal from the 10.6 per cent demand rise in March, driven entirely by continuing strict travel restrictions in China, where domestic traffic was down 80.8 per cent year-on-year.

Overall, April domestic traffic was down 25.8 per cent versus April 2019, it added.