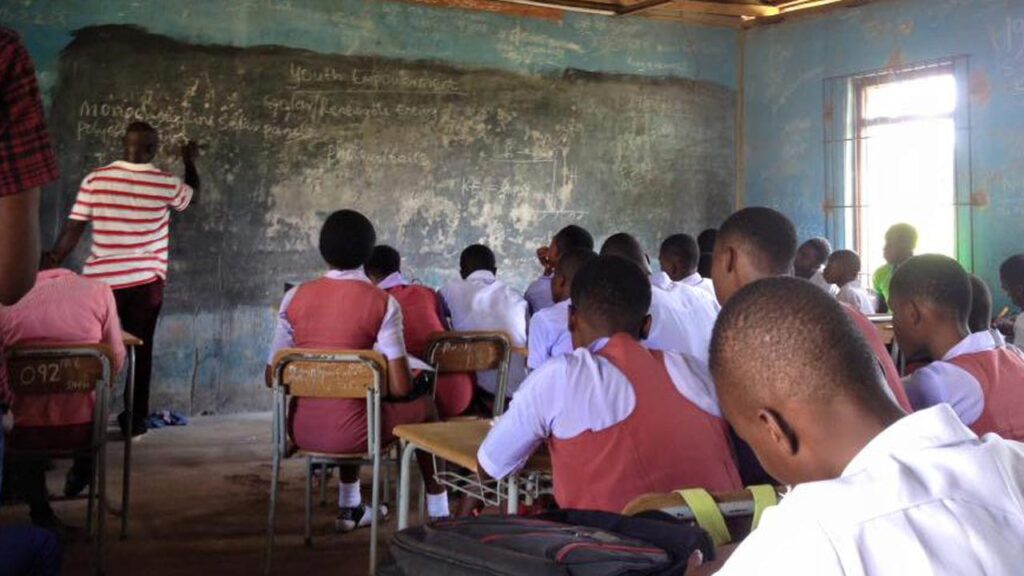 A policy analyst, Mr Chinenye Mba-Uzoukwu, says the solution to the challenges faced in the nation’s education sector can be found in resetting and repositioning it.
According to him, the sector should be prioritised and repositioned for a world in which everyone may aspire to reach his or her full potential.
Mba-Uzoukwu, also the Managing Partner, GrandCentral Africa, stated this while delivering the 53rd convocation lecture of the University of Lagos on Tuesday in Lagos.
The theme of the lecture is: Finding the Boundaries of the Possible; Venturing Beyond.
He noted that the breadth of the challenges faced by the sector was matched only by the heights of its promise as the real bastion of hope for the nation to fulfill its manifest destiny as a global force.
The convocation lecturer, who is also a pioneer in e-learning and a leading exponent in collaborative work/learning environments, stated that it was only by taking the identified steps that the citizens could attain that destiny.
He further noted that there was a lot of work to be done if the potential of Nigerians and Nigeria, was to be realised within a generation.
“History teaches us that every generation, faces a core challenge that it must overcome, if the next is not to face exponentially worse conditions.
“It should be expected that the change will be massively resisted in this post COVID 19 pandemic world of volatility, uncertainty, complexity and ambiguity.
“Exponential rewards  however exist for those who dare to venture outside their comfort zones to explore the new ways.
“Purposeful, result-oriented, transformational leadership will therefore need to make smart choices about the options for doing more than just keeping the lights on, or making cosmetic changes to the status quo,” he said.
He emphasised the need for tertiary institutions to shine forth the light by showing  courage, bravery and doggedness to change the world.
Mba-Uzoukwu argued that if there was a single overarching variable in the equation for solving the key challenges before tertiary education system, it was transformational leadership.
He said there was also the need to deepen knowledge on how to apply modern day technology in imparting knowledge.
According to him, education should enable its learners acquire the fundamental skills required to be participants in the 21st century fourth industrial revolution and not the 19th century industrial economy.
“Transformational leadership will recognise that as home to a burgeoning digitally native, youthful population, Nigeria will be required to future-proof its education investments from infrastructure, to curriculum, to delivery.
“The technology-driven 21st century features rapid, constant change requiring a hitherto unprecedented agility in response to digital transformation,” he stated.
The GrandCentral Africa managing partner further noted that Nigeria must leverage the opportunities inherent in the pervasive use of technology in education to deliver learning at the point of need.
He also stated that such technology must be applied in capturing data on performance of role players within the system.
According to him, it will also strive to  synthesize the data and gain valuable insight to how to continuously improve the system in the interest of the desired learning outcomes.
“Therefore, a roadmap reimagining the tertiary system  will need to consider the country’s education and the national purpose, evaluating and strengthening value propositions in Nigeria’s tertiary education, as well as considerations on universities as enablers of digital economy opportunities among others,” he said.
He urged the University of Lagos to lead the convening of a sustained national conversation where the outcome of such discussion would hopefully be to develop responses to such issues in the form of pragmatic programme of action.
Mba-Uzoukwu also emphasised the need to build a digital environment for collaboration.
He stated that to compete, all higher education institutions must offer and implement a vision and an  information technology architecture designed especially for tertiary institutions to establish a relevant contemporary learning.
He  also urged the management of UNILAG to take steps in celebrating excellence, especially as it concerned the physically challenged students who, despite all odds, still show doggedness in attaining knowledge.
Editor’s Picks  Health Insurance Act will guarantee quality healthcare delivery—DG

Collaboration needed to scale up Nigerians under NHIA – Runsewe

06/02/2023 0
Inadequate publicity, Naira re-design and fuel scarcity, have combined to take the shine off the ongoing 44th Kaduna International Trade Fair. Correspondents of the News...

Justice R.O. Ayoola of the Kogi High Court on...