The benefits of the blue economy are as vast and deep as the ocean itself. There is life in the waters: seas, oceans and rivers. Money can be made from the top to the bottom of the oceans, seas and creeks. Dr. Bashir Jamoh knows this... 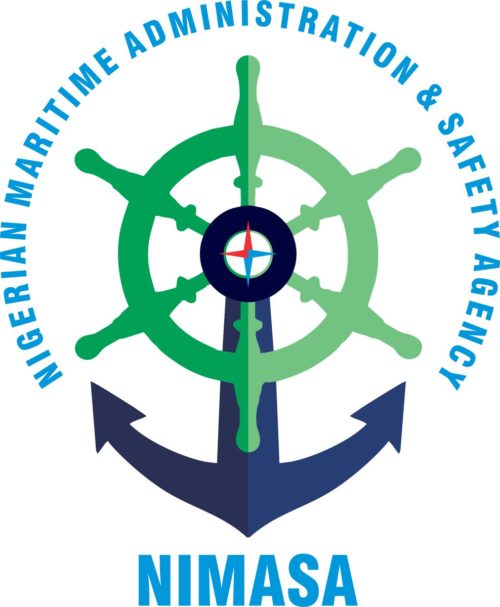 Dr. Bashir Jamoh, the Director-General of the Nigerian Maritime Administration and Safety Agency (NIMASA), knows fully well that the Ocean is the single largest natural asset on the planet which represents some 99% of the earth’s living volume, the ocean delivers numerous benefits to humanity. For this reason, he is stepping up the deliverables of his Agency to include creating and co-managing a template to deliver the full benefits of the blue economy to Nigeria.

Dr, Jamoh, being a thoroughbred NIMASA veteran, knows what the UNDP and other great nations know that the Ocean serves as the highway for some 90 percent of internationally traded goods, via the shipping sector. It is the source of hundreds of millions of jobs, in fisheries, aquaculture, shipping, tourism, energy production and other sectors. He believes therefore that Nigeria must quickly kick-start his blueprint – a win-win template for the realization of Nigeria’s blue economy.

The benefits of the blue economy are as vast and deep as the ocean itself. There is life in the waters: seas, oceans and rivers. Money can be made from the top to the bottom of the oceans, seas and creeks. Dr. Bashir Jamoh knows this and wants Nigeria, a littoral nation to make the most of the immense opportunities and near-boundless resources lurking in the Gulf of Guinea and the Bight of Benin, stretching over 850 Kms) to no fewer than nine states across the country.

The blue economy is regarded as a spinoff of the green economy and thus an eco-friendly alternative to crude oil revenue. For a country like Nigeria which has for many decades relied solely on crude oil as her cash cow, the water economy aptly called the Blue Economy, presents a sustainable route to economic freedom.

Nigeria‘s total freight cost is estimated at $6 billion annually, with clear indicators for quantum leap going by the new push from NIMASA and allied agencies to keep the waterways safe, automate operations, upskill manpower and build capacities and inter-agency synergies among various stakeholders in the Blue Economy. NIMASA under Jamoh is building on a new template that mirrors the best around the world which will ultimately expand the economic frontiers of the Blue Economy even as it helps create jobs, wealth for Nigerians and improve safety in the nation’s waterways.

There are good reasons for Nigeria to rev up growth in the maritime industry as Nations engage in trade to sell their products and services and at no time in her history is Nigeria better primed than now to ramp up her trade activities and strategies. First, a Nigerian, Dr. Ngozi Okonjo-Iweala, is currently leading the World Trade Organisation, WTO. She’s the first woman and first African to occupy the seat of Director General of WTO. Nigeria must make the most of this rare opportunity by developing her Blue Economy infrastructure which is what Jamoh has taken up as the plank of his evangelism to states, meeting with governors of littoral states and selling his ideas to them. And this, the African Continental Free Trade Area (AfCFTA) agreement has taken off after initial stalling by some countries. The Nigerian waterways would play a huge role here in the movement of goods.

This is why Jamoh deserves full support from the Federal Government, State governments, National Assembly and other stakeholders. His recent tour of states and active engagements with focus groups and requisite bodies to get their buy-in is not only an act of courage to lead but also an indication that he wants to birth a better, more productive NIMASA.

On June 10, President Muhammadu Buhari performed the official launch of the assets under the Integrated National Security and Waterways Protection Infrastructure, also known as the Deep Blue Project. The main objective of the Deep Blue Project is to secure Nigerian waters up to the Gulf of Guinea.

According to Director-General of the Nigerian Maritime Administration and Safety Agency (NIMASA), Dr. Bashir Jamoh, “With the deployment of the assets of the Deep Blue Project, we are entering another level of national security designed for total spectrum maritime security and better domain awareness using some of the latest technology. “This effort to secure our waters would give Nigerians more leverage to harness the enormous resources of our maritime environment and aid the drive towards economic diversification.” The Project, which was initiated by the Federal Ministry of Transportation and Federal Ministry of Defence, is being implemented by NIMASA.

Earlier on, on May 31, Jamoh took his Blue Economy evangelism to Kano where he addressed over 260 Nigerian editors and other Nigerians including the Governor of Kano, Dr. Andullahi Ganduje. The event was the 2021 Biennial Convention of the Nigerian Guild of Editors, NGE. Listening to Jamoh spell out the roadmap, you are inspired that at last, a Daniel may have come to judgment. Jamoh, an industry person and NIMASA insider, knows the way and it’s obvious he also knows what to do. But he needs the support of one and all. Nigeria must look to the waters for the next huge revenue stream. Crude oil reserves may dry up someday but the seas would remain just as long as the earth remains.

The NIMASA chief has met with about eight governors especially among the coastal states. The governors of Ondo and Delta, for instance, have given him the green light, backing his reforms which they foresee as the next big thing to happen in Nigeria.

On May 19, he was at Government House in Rivers to meet with Governor Nyesom Wike. The governor was quick to commend Jamoh for designing and pursuing a blue economy strategy to replace the current oil economy.

The governor said NIMASA’s plan for sustainable use of Nigeria’s abundant maritime resources was in line with the country’s economic diversification drive. Nigeria has multiple opportunities to achieve economic diversification but there always appears a lack of political will and courage to go beyond slogans and rhetoric. This is the hoodoo Jamoh wants to overcome in the maritime industry

Wike, himself, knows this and he lauded Jamoh for the new initiative to harness ocean resources to serve as an alternative revenue stream that would end the mono-economy status of Nigeria.

Time To Drive The Tyranny of ‘VIPs’ off Nigerian Roads

Emefiele Could Become Nigeria’s Next President –…

He said: “Let me commend the director-general for taking the bull by the horns; by coming to visit to do the right thing.

“Let me thank you as one of those who have looked into the future that Nigeria cannot continue to depend solely on one product and that is oil.

“There comes a time that the wells will dry up and when the wells are dried, what is the alternative? Is it at that time we will begin to seek for an alternative?

“So, you are on the right track by identifying that we should go for the blue economy.”

While pledging to partner NIMASA in the area of human capital development, Wike proposed the adoption of Government Sea School, Isaka, in Okrika Local Government Area of the state as an institution for seafarers’ training.

“This will help the industry and create a lot of manpower for our people and employment,” he said.

He expressed the state’s readiness to partner NIMASA on the Deep Blue Project, saying it would help to enhance security and boost youth capacity.

The governor said the state government would constitute a committee to liaise with NIMASA on the project.

Wike also requested for return of the agency’s Cabotage Department to Rivers, which had earlier been moved to Lagos.

Jamoh on his part called for greater involvement of the littoral states in the implementation of the Integrated National Security and Waterways Protection Infrastructure, also called the Deep Blue Project.

He noted that the security scheme, domiciled in NIMASA and being executed in conjunction with the Nigerian Armed Forces and other security agencies, was aimed at checking piracy and armed robbery in Nigeria’s waters up to the Gulf of Guinea.

The NIMASA Director-General said he had visited eight littoral states to seek more participation from them in the blue economy initiative and the Deep Blue Project.

He urged them to set up committees to work with the agency in the execution of the economic and security plans.

Jamoh appealed to the Rivers government to set up a committee to work with the agency to identify the state’s areas of comparative advantage in harnessing its vast ocean resources.

“The agency commenced the issue of  blue economy to ensure that we have something we will fall back on. Let us give ourselves at least within the next 10 years, so we can develop our ocean resources,” he said.

Brandpower Committed to the promotion of good governance and inclusive democracy…

Time To Drive The Tyranny of ‘VIPs’ off Nigerian Roads

Emefiele Could Become Nigeria’s Next President –…