The training is also aimed at developing standard reporting template for members of the Trafficking in Persons media corps and public relations unit of NAPTIP. 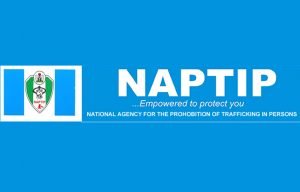 The National Agency for the Prohibition of Trafficking in Persons ( NAPTIP) on Wednesday listed tricks used by human traffickers to find their victims.

Mr Josiah Emerole, Director of Public Enlightenment, NAPTIP, who made the disclosure at a training organised for media professionals in Asaba, Delta, said the traffickers often capitalised on victims ignorance.

The News Agency of Nigeria (NAN) reports that the four days training is organised by NAPTIP in partnership with Action Against Trafficking in Persons and Snuggling of Migrants in Nigeria (A- TIPSOM NIGERIA),

The training is also aimed at developing standard reporting template for members of the Trafficking in Persons media corps and public relations unit of NAPTIP.

He said that before now, the human traffickers were using direct contact, also known as physical contact, but have opted for the new tricks.

Emerole explained that the traffickers often leverage on social media to reach the public especially their target.

“Through this, innocent Nigerians have been trafficked. Thank God that NAPTIP is clamping down on these evil traders,” he said .

On hunting tricks, he said the traffickers would continually request for friendship on social media either using nick names or impostors.

The NAPTIP director, however, stressed that technology has its positive impact in combating crime, enhancing prosecution and fast dissemination of news.

“However, offers through social media must be investigated through the agency ,” he said.

He explained that any couple with children that still using surrogate could be a suspected case of child trafficking or labour.

“Orphanage trafficking is more rampant with unregistered orphanages and homes, with owners canvassing for poor parents under the disguise of caring for their children.

“We appeal to all parents to check the legal status of the Orphanage with the relevant local government area before releasing their wards,” he said.

According to Emerole, traffickers often disguise as orphanage operators.

“Not too long the agency recovered about 75 children out of about 140 children trafficked by an orphanage.

“”NAPTIP would never relent to beam it’s searchlight on these cunning individuals and exposed them,” he said.

He further disclosed that over 20,000 Nigerian youths were trapped in shanties in mining areas in Mali, where they were being sexually exploited.