While grantulating Obi on his victory at the primary election, Nnam told the News Agency of Nigeria in Abuja on Wednesday that Obi possessed the credential to make Nigeria a greater nation. 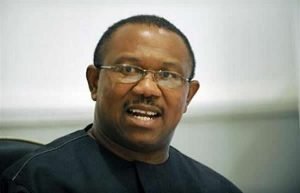 Chief Ugochukwu Nnam, National Coordinator, Initiative for Leadership Development and Change (ILDC) on Wednesday urged Mr Peter Obi to use his expertise to reset the nation’s economy if he wins the 2023 Presidential Elections

While grantulating Obi on his victory at the primary election, Nnam told the News Agency of Nigeria in Abuja on Wednesday that Obi possessed the credential to make Nigeria a greater nation.

“It was no surprise that eminent persons such as Professor Pat Utomi, Olubusola Emmanuel-Tella, and Faduri Joseph stepped down for Mr Peter Obi because he had a dynamic, inspiring and inclusive campaign.

The ILDC leader said that his emergence as a consensus candidate is a testament to the positive impact he has had on both leaders and the rest of the Nigerian community.

Nnam, who expressed optimism that other presidential candidates would be men of integrity and ideology among whom Nigerians would choose their leader.

He described Obi as a source of hope to youths given his commitment to wealth creation and youth empowerment.

“He vowed to increase productivity by revitalizing our industries for export and make the economy less reliant on crude oil.

“Mr Peter Obi has a good track record as exemplified by his achievements as the governor of Anambra State.

“During his tenure and with his Anambra State became an oil producing State,” he said.

He said that Obi was recognised as Best Governor by the Millennium Development Goals Office (OSSAP-MDGs) and the UNDP in the implementation of their programmes in Nigeria.

“In spite of visible and measurable achievements recorded in various sectors, the state under him did not borrow or raise bonds for her various projects,” he said.

Heexpressed optimism patriotic citizens such as Obi had the competence that would make the country to prosper.