Nzenegu said there were many youths who are inventors but lacked the necessary fund to showcase their works. 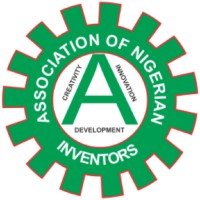 The Association of Nigeria Inventors (ANI) has urged governments at all levels to fund and support younger inventors and innovators to help them get positively engaged.

The President of ANI, Mr Lawrence Nzenegu, made the call on Wednesday at the ongoing 33rd Enugu International Trade Fair, holding in Enugu.

Nzenegu said there were many youths who are inventors but lacked the necessary fund to showcase their works.

According to him, governments, organisations and well-meaning individuals should, as a matter of urgency, organise a programme to fund and support these creative minds to get them out of the street.

He stated that it would be dangerous to allow them to move about with their ideas and inventions without being employed or assisted.

“If you look at the number of youths out there without jobs, it is alarming and engaging these inventors will reduce unemployment and crime.

“So this is the time we have to restructure the economy and have these people’s ingenuity and their brain changed to prevent them from venturing into crimes.

“And if we don’t help them, they become tools in the other side of the world. So it is good to support them at this early stage.

“For instance, if those people playing football were not employed, with the calibre of their strength, they turn back to the society,” he said.

The president, however, said that the group had been helping in haunting young inventors by bringing them to limelight.

According to him, ANI had used various means to locate them, saying he found one through Facebook and brought him to the Abuja Expo.

He commended the Ministry of Science and Technology for creating a platform that enabled inventors and innovators in the country to showcase their works but pleaded that they should do more.

Nzenegu said, “The Expo is good but many inventors in the country do not have funds to transport themselves to Abuja for it”.