Okenwa stressed that Labour Party should seize the opportunity of having Obi as its presidential candidate to wrestle power from the All Progressives Congress (APC) and the Peoples Democratic Party (PDP) in all the states. 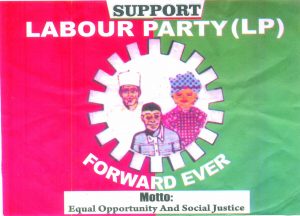 The Concerned Igbo Stakeholders Forum, an NGO, has urged the Labour Party to work hard to wrestle power from the two dominant political parties and become the ‘Third Force’ in Nigeria’s politics.

Convener of the group, Mr Chukwuma Okenwa, made the call in a statement he issued on Wednesday in Enugu.

He was reacting to the emergence of Mr Peter Obi as Labour Party’s presidential candidate for the 2023 general elections.

Okenwa stressed that Labour Party should seize the opportunity of having Obi as its presidential candidate to wrestle power from the All Progressives Congress (APC) and the Peoples Democratic Party (PDP) in all the states.

“PDP and APC have failed to learn from their past mistakes and have not shown signs of turning a new leaf at a time when the country is in dire need of transformation,’’ he said.

He noted that the primary elections of both parties in most states had been marked by the highest bidder getting tickets, while disenfranchising credible and popular candidates.

“If Nigeria must produce the right breed of leaders from 2023 onward, we must stop the planned monopoly of PDP and APC in their respective states,’’ he said.

Okenwa called on the Labour Party not turn the sale of its gubernatorial or legislative expression of interest forms into a money-making venture, but to leverage on Obi’s factor to build its membership.

“After the 2023 general elections, the party will boast of elected positions if it does not turn the sale of its expression of interest forms into cash cow,’’ he said.

He claimed that Nigerian youths were making moves to get Permanent Voter Cards and filling membership forms of the Labour Party, just as politicians were defecting from their parties to the Labour party.

“I admonish the leadership of Labour Party at all levels to seize this opportunity and ensure that the party welcomes every well-meaning Nigerian.

“Obi’s growing national appeal is an indication that Nigerians trust his ability to deliver,’’ Okenwa said.