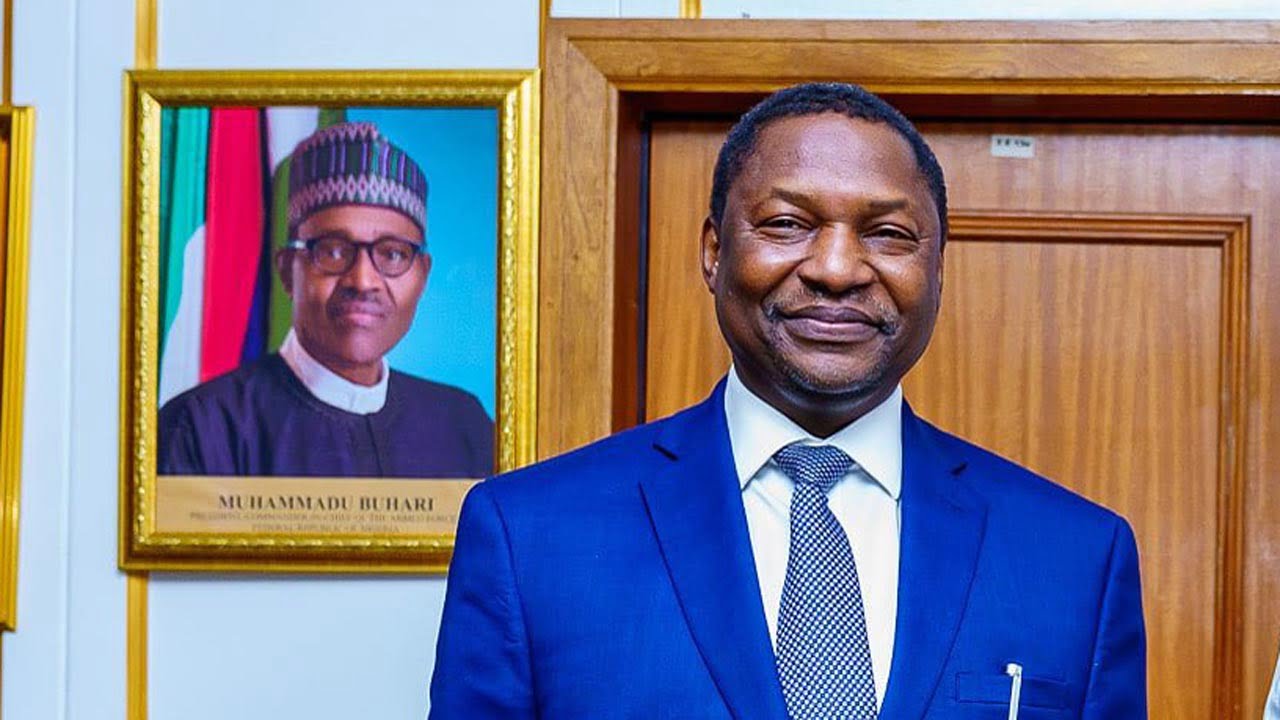 The Attorney General of the Federation (AGF) and Minister of Justice, Abubakar Malami, says state governors have no justification to challenge the $418 million deductions from the Paris Club refund paid to consultants they hired.

According to him, the noise making arising from the Governors Forum was not only unjustified, but “a clear case of absence of defense.”

The minister made this position known when he featured on the weekly Ministerial Media Briefing organized by the Presidential Communications Team on Thursday in Abuja.

The minister reminded the governors that they created the liability whose payment they had also indemnified.

He affirmed that when the Nigeria Governors’ Forum (NGF) made a request for the refund, one of the component was the settlement of the consultants who were engaged by the forum.

Malami, however, said the governors later decided to stop payment while asking for an out of court settlement.

He said this resulted to request to the President to make the payment, a request he said, was then passed on to the Office of the AGF for legal opinion.

The minister said that after being subjected to necessary checks, it was found out that there was no element of fraud involved.

He disclosed that the indemnity of the governors was also sought and received.

“I think you need to be informed first, as to the antecedents, prevailing circumstances and how the liability arose.

”But, one thing I’m happy to state, which I want to reiterate having stated same earlier, is the fact that the Office of the Attorney General and the government of President Muhammadu Buhari had not indeed incurred any major judgment debt for the period of seven years it has been on.

“Now, coming to the antecedents background of the Paris Club. the liability or judgement debts related to Paris Club was indeed a liability created by the governor’s forum in their own right.

“The Governors’ forum comprising of all the governors sat down and commonly agreed on the engagement of consultants to provide certain services for them relating to the recovery of the Paris Club,” he said.

The minister further revealed that it was the Governors’ forum in the first place that engaged the consultants.

He said: “When eventually, successes were recorded associated with the refund, associated with Paris Club, the governors collectively and individually presented a request to the federal government for the fund.

”And among the components of the claim presented for the consideration of the federal government was a component related to the payment of these consultants that are now constituting the subject of contention.

”So, the implication of this is that the governors in their own right recognized the consultants, recognized their claim and presented such claim to the federal government.”

He said when the claims were eventually processed and paid to the governors forum, they on their own, without the intervention of the federal government took steps to make part payments to the consultants.

According to him, this action acknowledges their liability over transaction.

The minister said when eventually they took a decision to stop further payment, the consultants instituted an action in court against the governors forum.

He said: ”They submitted to consent judgment. They asked and urged the Court to allow them settle out of court.

“Thereafter, the federal government under the administration of President Muhammadu Buhari was requested to comply with the judgment and effect payment.

“The president passed all the requests of the governors to the Office of the Attorney General for consideration.

”I suggested to the president on the face value of the judgment and the undertones associated with the consultancy services.

“It was my opinion, the same treatment we meted to P&ID, that let us subject this claim, the consent judgment to investigation by the agencies of the government,” Malami said.

He said the president endorsed the suggestion and directed the EFCC and DSS to look into these claims and report back to the office of the Attorney General.

“And these agencies reported and concluded that there were no problem undertone associated with it. Now, that was the background.

“But, one other point of interest you may wish to note, is the fact that the new leadership of the governors forum instituted an action..

”This was done even when the federal government was indeed acting on the basis of the judgment of the Supreme Court.

”Their case was dismissed by the Federal High Court. So, that is the foundation and I’m happy to report one,” he added.

He stated that the judgment and contention was a judgment that was obtained long before his appointment as minister and ”long before the administration of President Buhari came into office.”