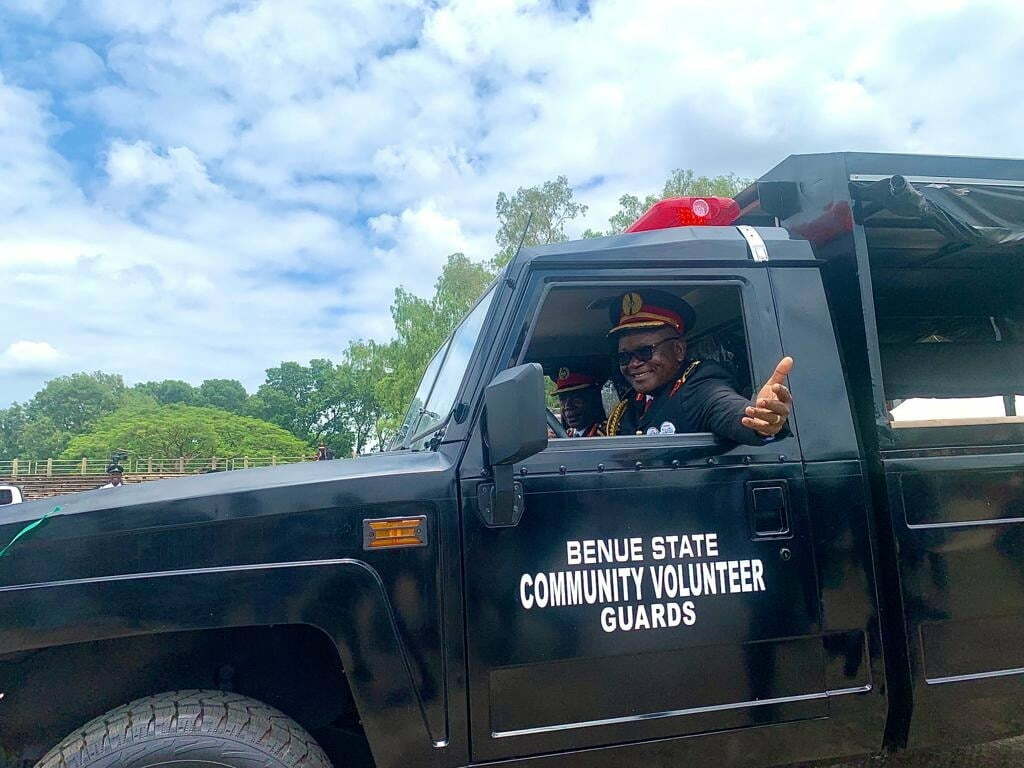 The governor disclosed this on Thursday while inaugurating the first batch of the Benue State Community Volunteer Guards comprising 500 personnel.

“This very expensive investment would have been avoided if it was not forced upon us by the perpetual siege that vicious terrorists have mounted on our land.

“Benue State, with a well-earned nickname as the Food Basket of the Nation, with its arable land and large bodies of fresh water, is now under threat of conquest and occupation by these terrorists.

Ortom said, “Benue State has been especially targeted because of the historic episode of 1804, but also because my administration’s insistence on the Rule of Law rather than rule of terror and for always standing with my people in their refusal to surrender their land, identity and Judeo-Christian faith and values to the Islamization agenda.

“Given the fact that the Federal Government has consistently failed to disarm the Fulani terrorists who have continued to maim and kill our people at will, the State Government is going to apply for a License to legally procure AK47, AK49 and other sophisticated weapons for the Benue State Volunteers Guards to enable them tackle these murderous terrorists effectively.”

“To do this effectively, the Benue State Government had approved a two-week capacity building programme for Five Hundred (500) personnel of the Community Volunteer Guards to learn some basic paramilitary aspects. The training which began on 29th June, 2022 with five hundred (500) participants drawn from the 23 Local Government Areas and the three Senatorial Districts ended on 12th July, 2022.

“A date for the Batch 2 would also be announced as soon as possible.”

The governor lamented that the reign of terror had driven over 1.5 million persons from their ancestral homes and communities who were now living in Internally Displaced Persons (IDP) Camps.

He said that the guards would be assisting the conventional security agencies to curb insecurity in the state.

“By the provisions of the new law, the Benue State Community Volunteer Guards can now carry legally approved weapons which we have duly provided.

He assured that with the passing-out of the able-bodied young men, security would improve in the state.

He said that the guards would be strictly guided by the “Benue State Community Volunteer Guards Law”, stressing that any personnel found breaching the law would be sacked.

Ortom further assured conventional security agencies that the guards would always work in collaboration with them to fight crime.

The Tor Tiv, Prof. James Ayatse, pledged the full support of the traditional institution to the guards.

Ayatse cautioned them to operate according to the laid down laws, advising that they should not indulge in criminality.