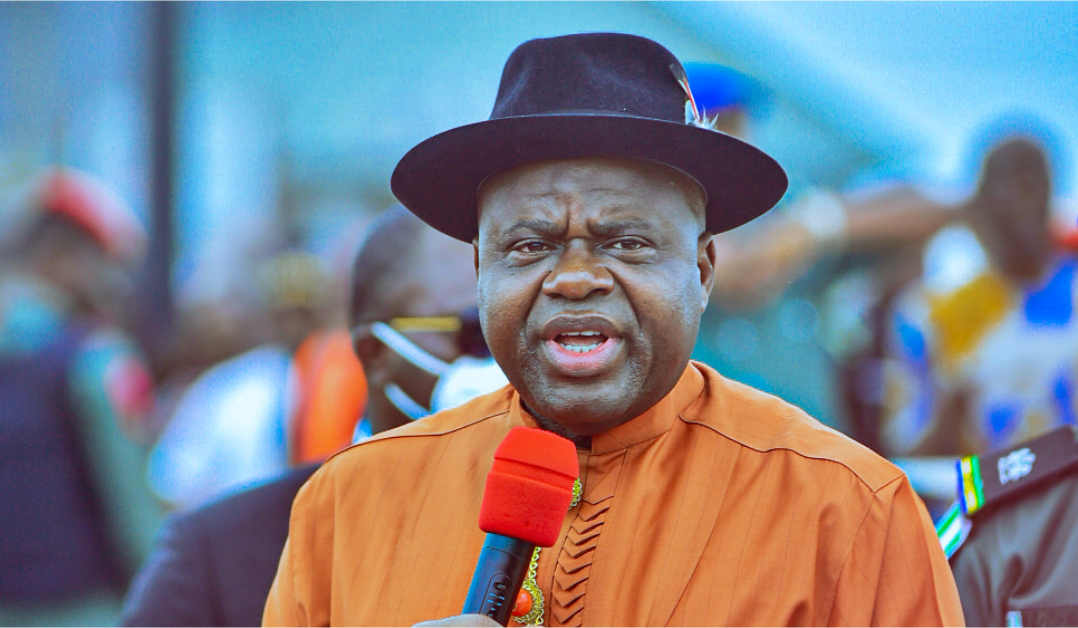 The Bayelsa Government has called on community leaders in the state to take deliberate steps to preserve their cultural values as part of efforts towards fighting moral decadence in society.
Gov. Douye Diri of Bayelsa, made the call at Onopa Community while speaking as guest of honour at this year’s Uge-Adiafa (Yam) Festival of the Atissa people in the Yenagoa Local Government Area.
Governor Diri, represented by his Deputy, Mr Ewhrudjakpo,  expressed concern that the rich cultual heritage, including the language of the Ijaw, was being threatened by western values and alien practices.
According to the governor, most of the dialects in Ijaw land will go into extinction if deliberate steps are not taken to safeguard them.
He warned that when  people lose their indigenous languages, then their own culture and identity would be lost also.
He said that although festivals constituted an expression of culture, the erosion of their language could eventually lead to the extinction of the culture in the long run.
Diri reminded parents and elders that they had a social and moral obligation to tell their children to be of good character and behaviour.
He added that a culture without respect for elders is no culture at all.
“As a people, we are suffering from what is called environmental terrorism mainly caused by the oil companies.
“But there is another terrorism that is threatening us, which is cultural terrorism.
“We must know and realise that ourd is being threatened everyday by westernisation. When people lost their culture, they lost their identity. When they lose their language, they have lost their identity.
“The Ijaw nation, which also consists of the Epie and Atissa kingdoms, should know that we are at the verge of losing our language.
“So, I want to use this opportunity to call on all of us parents to teach our children our language.
“Let me also urge our youths to learn how to respect. They must know the boundary between illegality and morality.
“A culture without respect is no culture. If you don’t respect others, you will not also be respected,” he said.
Responding to the requests of the Atissa Kingdom, the governor mentioned some of ongoing and completed projects in the area embarked upon by his administration.
He listed the projects to include the canalisation of the Ekoli River at Obogoro and the construction of the new Vommissioners Quarters at Onopa.
He assured the people of Epie and Atissa Kingdoms that government would continue to identify with them for the sacrifices they were making as hosts of the state capital.
READ ALSO:https://brandpowerng.com/cosom-launches-music-album-to-tackle-fake-news/
Oforji Oboku, Chairman, 2022 Uge-Adiafa and member representing Yenagoa Constituency 1 in the Bayelsa House of Assembly, described the festival as a major unifying factor  among 12 communities of Atissa Kingdom.
Oforji appreciated the administration for always identifying with the Atissa people.
He called on the government to extend the ongoing canalization at Obogoro to other Atissa towns currently affected by erosion.
In his presentation, the Ebenibe of Attisa, King Godwin Igodo, commended the present adnistration for its Infrastructure development across the state, especially the ones sited in Atissa kingdom.
Igodo, represented by the Ebeni-Isisibo of Atissa, king Goodwill Simeon, appealed to the government to start using the six-classroom blocks built for Onopa community by the SPDC 2017.
He also called  for more government projects to be sited in Atissa towns and the appointment of more Atissa sons and daughters into various positions of trust by the government.
(NAN)
Sign in
Welcome! Log into your account
Forgot your password? Get help
Password recovery
Recover your password
A password will be e-mailed to you.