She said that it had been observed that intra-Africa travel and tourism had its challenges, bothering from lack of awareness of its destinations, to barriers that impede air travel. 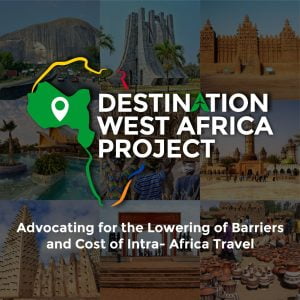 Goge Africa, a culture and tourism media brand, on Tuesday said it would soon launch “Destination West Africa Project” to improve intra-Africa travel and tourism.
Mrs Nneka Moses, Managing Director, Goge Africa and Coordinator Destination West Africa Project, who disclosed this in a statement on Tuesday, in Lagos, said the project would be executed with other partners.
She said that it had been observed that intra-Africa travel and tourism had its challenges, bothering from lack of awareness of its destinations, to barriers that impede air travel.
According to her, this has further been exacerbated in a post pandemic era.
Don't miss
NEWS

“This project is to encourage Africans to travel within Africa but the campaign kicks off with the west coast of Africa.
“Haven identified the gaps in domesticating Intra-Africa tourism, Goge Africa and its partners have come together to launch the “Destination West Africa project”.
“The first leg will see us touring four West African countries namely Benin, Togo, Ghana and Ivory Coast starting from Nigeria.
“The second leg will be Gambia, Senegal, Sierra Leone, Liberia and Guinea Conakry.
“The team will visit tourist attractions to shine the light on destinations with the aim to promote trade and economic activities within the region,” she said. .
Moses noted that as travel and tourism rebound, the organisers were advocating for the lowering of barriers and cost of intra-Africa travel, especially on the west coast.
She said this would enable tourists explore the gems it had to offer rather than making Dubai, America or Europe their first choice.
According to her, what comes to the mind of a tourist is  affordability and accessibility, not forgetting the visa free opportunity that the Economic Community of West Africa States (ECOWAS) sub region provides for West African travelers.
“The project will see the organisers engage with government, policy makers, tourism boards and stakeholders in host countries to spur tourism, culture and business opportunities in West Africa.
“It is also to attract Nigerian travelling population to visit West African countries and draw the attention of world travelers to West Africa.
“We want to share the beauty of our common heritage, cultural similarities and diversity with one another and the global community.
“This is also to position partnering countries as must visit destinations in Africa and to increase sales and business activities for partners and brands involved in this project,” she said.
Moses noted that without standardisation, destinations would not have repeat tourists.
READ ALSO:https://brandpowerng.com/adeboye-inaugurates-bank-prays-for-delta/
According to her, the organisers will support and collaborate with stakeholders and available legal authorities to ensure that international best practices are applied in all tourism services across the region.
She said each leg of the project would  take a minimum of two weeks.
“The fam tour will be broadcast on Goge Africa with over 40 million viewers. You and I with Monalisa on DSTV among others, as well as on print media with live updates on various channels online to millions globally.
“We, the organisers are excited and we boast that some of the best attractions in the world are in West Africa and have taken it upon ourselves to showcase these gems and the unbeaten paths less travelled.
“The Destination West Africa project has received overwhelming response from participating countries as stakeholders laud the initiative and say it’s a project. Its time has come,” she said.
Moses said that the project would have a team comprising of destination promoters, tour operators, media, bloggers, influencers, travel and tourism advocacy groups, TV show hosts and celebrities tour round the West African countries.
(NAN)

I have no doubts about handing Ballon d’Or to Benzema, Messi says