“We have a fertilizer shortage and exorbitantly high fertilizer prices,’’ he added. 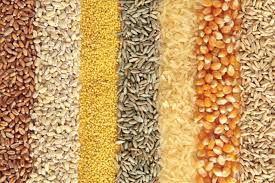 The German Farmers’ Association expected tense grain markets for some time to come.

“Irrespective of the developments in Ukraine, we expected the price level to remain relatively high,’’ Joachim Rukwied, president of the Farmers’ Association, told dpa on Wednesday.

He said the reason was that reaction options were limited at the moment.

“We have a fertilizer shortage and exorbitantly high fertilizer prices,’’ he added.

There are interruptions in the supply chain. Some machines had  been down for a week due to a lack of spare parts.

“In this respect, the difficult situation remains. We probably cannot expect a relatively quick increase in production,’’ Rukwied said.

Rukwied explained that international wheat prices had settled at a relatively high level as a result of the Russian war on Ukraine, but also fluctuated strongly.

Reports on developments in Ukraine or on harvest prospects in North America led to fluctuations.

Most recently, farmers had been able to conclude preliminary contracts for about 380 euros (406 dollars) per ton of wheat several days earlier, 405 had been possible.

“However, some advance contracts had already been concluded at 210 euros before the Ukraine war, and then the level was 290 euros.

“Some people said, ‘I could never achieve that in the last few years,’ and concluded contracts.’’

At present, only part of this year’s harvest had been contracted in advance, said Rukwied.

“You can already conclude advance contracts for the 2023 harvest at 300 euros per ton of wheat, which is still 100 euros above the level of a year ago.

“That is a clear indication that a tight market situation is still expected.’’

Farmers could generally market parts of their grain volumes at pre-agreed prices.

He said, in the fields, cereals and rapeseed would be in the grain formation phase over the next few weeks, a very crucial phase for yield.

“In some regions, it is still too dry,’’ Rukwied said.

He said in other areas, which were very dry a few weeks ago, the rain had fallen in the meantime.

Rukwied said it was still a bit too early to assess the harvest.

From today’s perspective, there were probably no huge upward or downward swings from an average result.