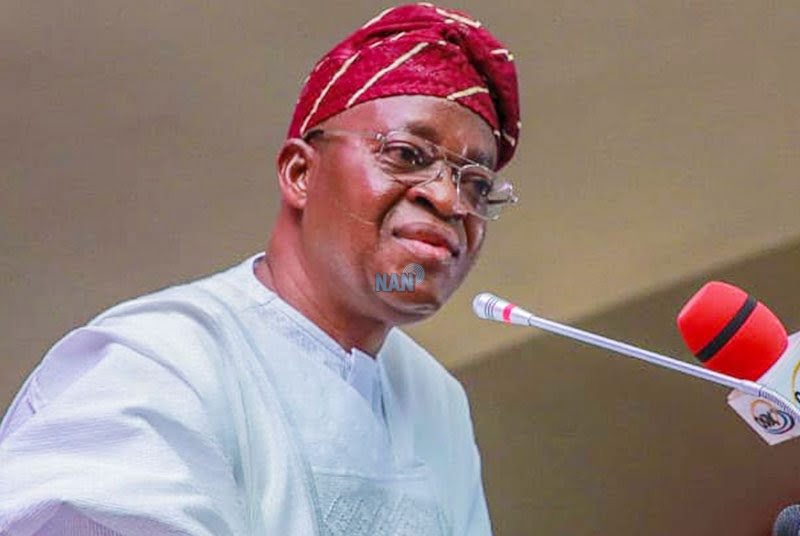 Fruit sellers in Osun on Sunday described Gov. Gboyega Oyetola’s decision to challenge the outcome of the July 16 election in the state at the election tribunal as the best decision ever.

Operating on the platform of the Osun Chapter of the Fruit Sellers Association of Nigeria, they made the pronouncement at an engagement programme organised by the state’s Civic Engagement Centre in Osogbo.

Chairman of the group, Alhaji Adbulateef Famakinwa, said the people of the state would not allow the outcome of the election to demoralise them, but would continue to support the governor with prayers.

Famakinwa said the group was confident that the tribunal’s verdict would be favourable to the governor at the end of hearings.

He noted that the various projects executed by the governor could not go unnoticed and added that the association was solidly behind the governor to reclaim his mandate at the tribunal.

“We will not stop praying for the governor to come out victorious at the tribunal.

“We are with him and we will support him with everything we have for him to succeed,’’ he stressed.

In his response, the governor thanked members of the group for their support and solidarity.

Represented by his Special Adviser on Civic Engagement, Mr Olatunbosun Oyintiloye, the governor said he was confident of victory at the tribunal.

The governor also commended people of the state for their unflinching and unwavering support, adding that the will of God would prevail.

He said the grounds on which he was challenging the election at the tribunal were valid and expressed optimism that justice would prevail.