Mohammed said that the visit was part of the regimental and paramilitary requirements for commanding officers to work in synergy with sister agencies to adequately carry out successful operations. 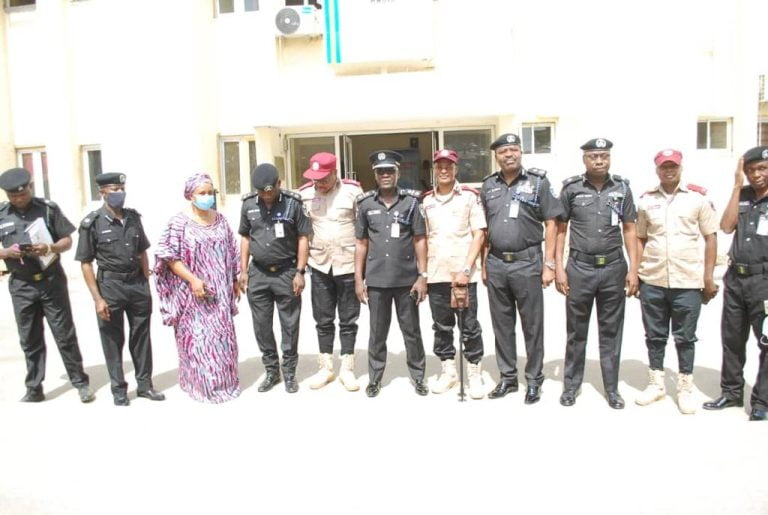 The Federal Road Safety Corps (FRSC) is partnering with the Nigerian Police Force (NPF) in tackling traffic violations and other related infractions associated with motorists.

The Zonal Commanding officer in charge of FCT and Niger state, Assistant Corps Marshal (ACM) Shehu Mohammed, said this when he paid a courtesy visit to the FCT Police Command headquarters on Tuesday in Abuja.

Mohammed said that the visit was part of the regimental and paramilitary requirements for commanding officers to work in synergy with sister agencies to adequately carry out successful operations.

He said that the visit was also aimed at strengthening the existing cordial work relationship between the NPF and FRSC.

He said the partnership was necessary as the Zone 7 of the NPF and Zone RS7 of the FRSC have the same area of coverage.

“The partnership is needed in pursuant to FRSC policy on Private Partnership Participation to foster continued synergy with sister agencies and stakeholders.

“We believe that the partnership will help us in having a crash-free society and also help in traffic control with effectual protection against accidents, ” he said.

The FRSC official appreciated the efforts of the police in curbing insecurity in the territory and safeguarding the lives of FRSC personnel.

Mohammed also appreciated the police for their collaboration and support during patrol operations enforcement and intelligence information in FCT and Niger state.

Responding, the Assistant Inspector General (AIG) of Police in charge of FCT and Niger state, AIG Bala Ciroma promised to give FRSC all the necessary support in the zone.

Ciroma commended the effort of FRSC on prompt and timely rescue of victims of road traffic crashes and traffic control in gridlocks.

He assured the Corps on continuous team work in order to render efficient service to the public.