She said that the idea was to mentor some of them who were depressed due to marriage, religion, environment and life to regain their relents and contribute to the nation building. 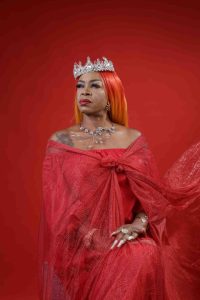 A television reality show, Forty and Fabulous Nigeria, has trained women between 40 years and above on the production of made-in-Nigeria goods, cultural heritage, values and parenting.
The founder of the organisation, Mrs Nnenna Jolly, said this on Sunday in an interview with the News Agency of Nigeria (NAN) in Abuja.
Jolly, who said that every woman was selected for auditioning on the internet, added that 40 women were selected for physical auditioning.
According to her, out of 40 women, 10 women who had deep stories were chosen and brought to the house of the Forty and Fabulous for one month.
She said that the idea was to mentor some of them who were depressed due to marriage, religion, environment and life to regain their relents and contribute to the nation building.
She added that during their stay in the house, they trained them on how to produce made-in-Nigeria goods such as photography, crafts making, cooking of Nigerian delicacies, clothing and parenting.
“Forty and Fabulous Nigeria, a reality TV show for 40-year women who are multi tasking and depressed because of what of they are facing through in life.
“When they want to do pageantry, talent points and so on, they usually give it to the people between the age of 18 years and 35 years. They think that once you are 40 years, life is over.
“So,  we decided to start small. We had audition for everyone who was 40 years plus on the internet and we got 40 women.
Don't miss
ENTERTAINMENT

“We did physical audition, we chose 10 women to be in the house for one month. The 10 women that we have chosen are people with deep stories.
“Stories such as rape and a pregnant woman whose husband abandoned her in the hospital during delivery,” the founder said.
According to her, their stories can positively effect changes in several areas in the country.
Jolly said that the winner got N10 million and a car donated by her donors.
READ ALSO:https://brandpowerng.com/artiste-urges-fg-to-harness-potential-in-arts-industry/
According to her, Access Bank is joining others on financial assistance.
“The bank mentors them to learn how to use the money if loan is given to them for business.
“SMEDAN had to be approached to join them in terms of enterpreneurship. So, the National Council for Arts and Culture promised to make them millionaires by training them on more than five crafts.
“So, nobody is going out of the house either you are a winner or not, you will not remain the same when you leave the house,” she said.
She recalled the day when she gathered more than 10 children and moved them to the house of Forty and Fabulous to check what the women would do with the kids.
“I saw that some of them were not that patient with children. So, why did I do that, to just help us with parenting because of way maids and strangers abuse the children.
“We did this in the house of Forty and Fabulous for children and parents to watch and learn from it,” she sàid.
(NAN)

Cristiano Ronaldo loses Son, Says ‘We will always love you’