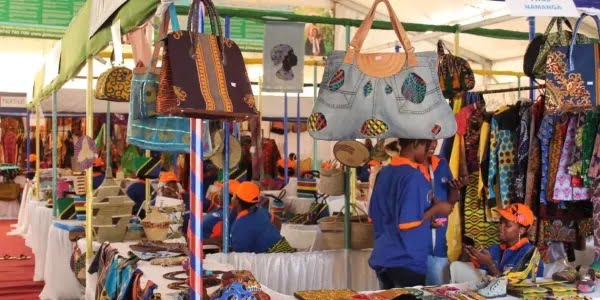 The Asaba Chamber of Commerce, Industry, Mines and Agriculture (ASACCIMA), says a number of foreign exhibitors are expected at Asaba International Trade Fair, slated from Nov.18  to Nov. 27.

The President of ASACCIMA, Chief Anthony Idigbe, said this at the signing of a consultancy agreement for the fair between the chambers and two partners – Atlantic Exhibition Ltd and Andrea Ashlan Ltd in Asaba on Wednesday.

Idigbe, represented by the Director General of ASACCIMA, Mr Edwin Chukwuma, said the fair would also attract indigenous exhibitors, as well as about 200 participants.

”The objective of the trade fair is to promote commerce as well as boost commercial activities in the state,” he said.

He assured that participation at the fair would be fruitful as it was expected to attract high patronage from the business community.

”We have put everything in place to ensure that the hosting of the fair is hitch-free.

”We have made adequate security arrangement, we also have good facility as well as befitting venue for the event,” he said.

The ASACCIMA president lauded the partners for the consultancy agreement, describing it as a milestone in the quest for successful hosting of the fair in Asaba.

He said although it was the responsibility of the Federal Ministry of Trade and Investment to organise trade fairs in the country, the ministry empowered the Nigeria Association of Chambers of Commerce, Industry, Mines and Agriculture (NACCIMA) to do.

.“This gave the association the leverage to organise trade fairs and to pay tax to the Federal Government annually through the Ministry of Trade and Investment and ASACCIMA is a member of NACCIMA,” Idigbe said.