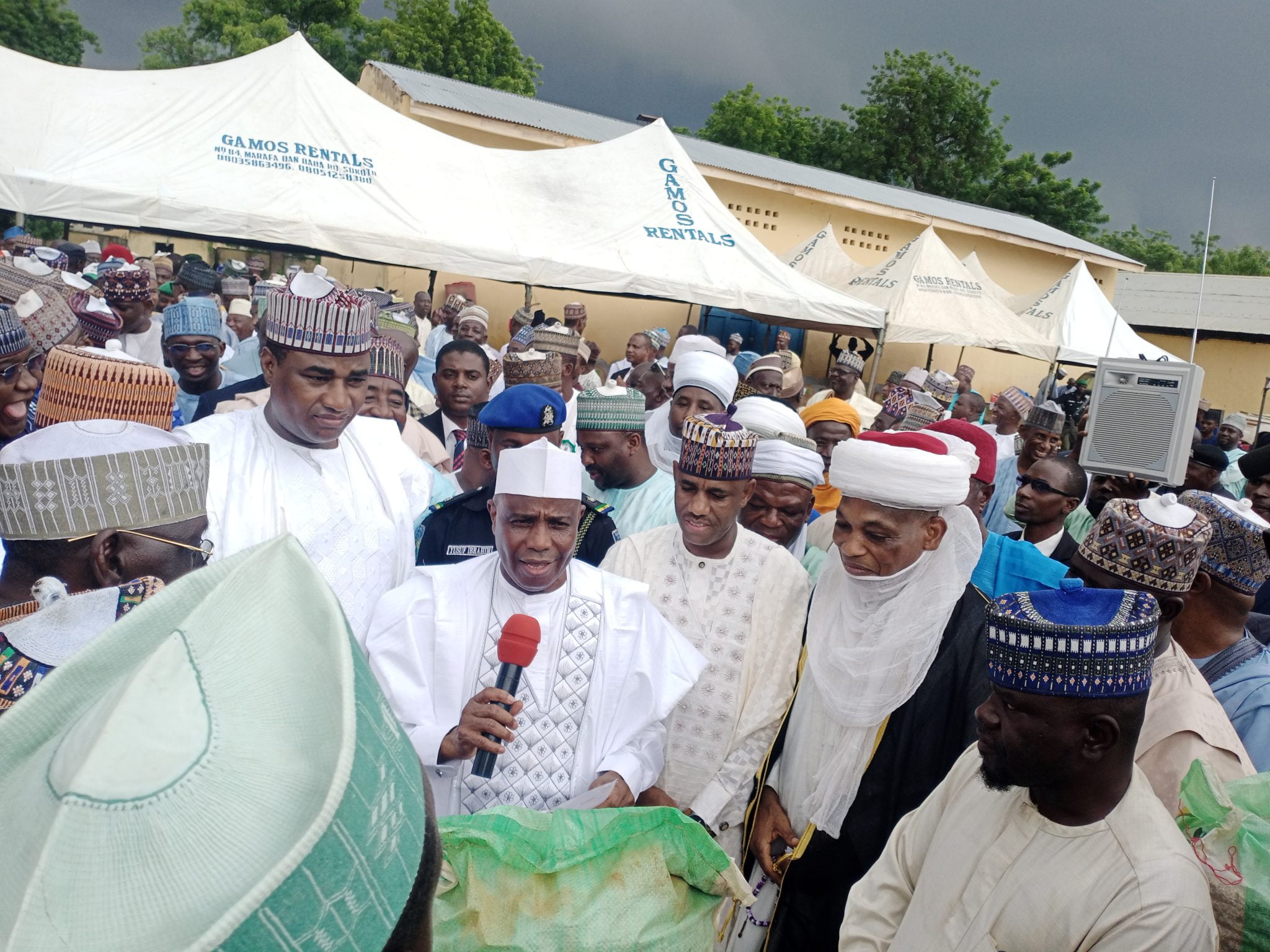 The Sokoto State Government says it has secured a N4 billion loan to be distributed to 16,000 rice, wheat and tomato farmers in the state.
Gov. Aminu Tambuwal disclosed this on Monday in Sokoto, while launching the sale of 10,000 metric tons of subsidised fertilizer for the 2022/2023 farming season.
Tambuwal said the loan was obtained from the Zenith Bank with the support of Central Bank of Nigeria.
According to him, the effort is geared toward supporting farmers across the state.
He reiterated government’s commitment toward enhancing farming in the state from subsistence to commercial farming.
“The NPK brand of fertilizer was purchased at market price but would be sold to farmers at subsidised rates of N13,000 per bag.
“The essence is to motivate farmers for increased production,” the governor said.
He further said that the brand was suitable for farming activities.
He urged the benefiting farmers to utilise the commodities in their farms and not resell them.

Earlier, the Commissioner for Agriculture, Prof. Aminu Illela, said the government’s objective was to stimulate agricultural production for food security and job creation.
Illela commended Tambuwal for his support to agriculture and urged residents to reciprocate the efforts through increased investment in agricultural production.
He said that the current administration facilitated the establishment of fertilizer blending plants from local and foreign investors, rice and other product processing industries in the state.
The News Agency of Nigeria (NAN) reports that the event was attended by top government functionaries, traditional rulers and leaderships of various farmers associations in the state.