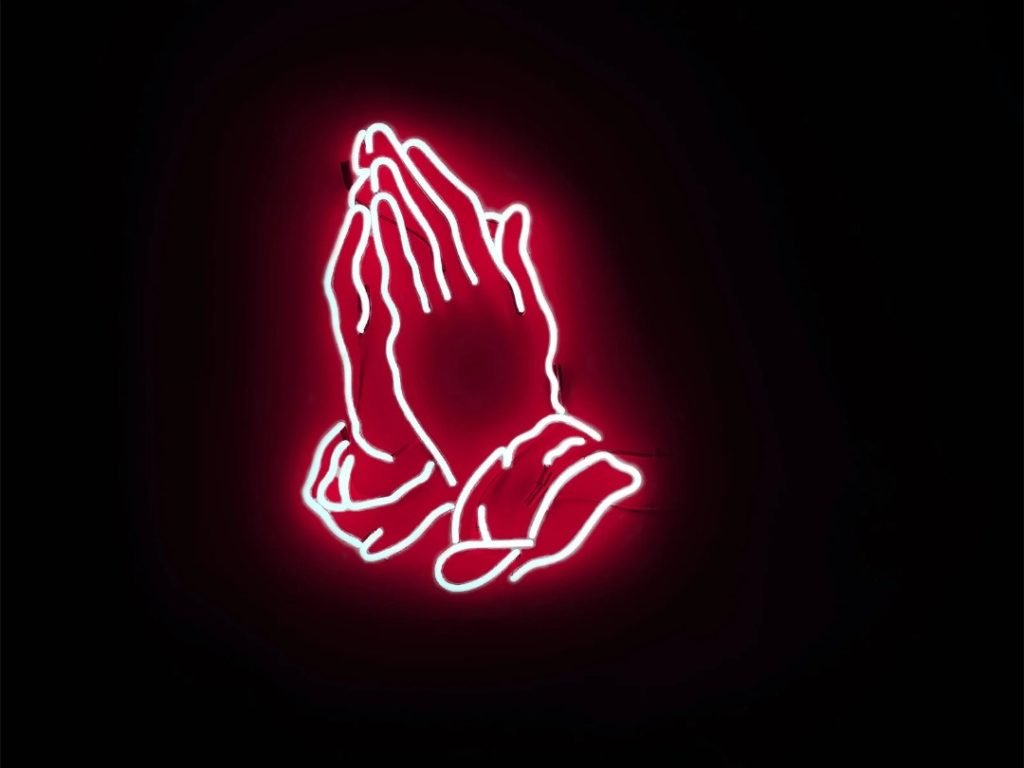 Lord God, we pray you give strength to all those who are providing support to those affected by floods. For governments, for emergency services, for faith leaders and for neighbours. Give them all the endurance, resilience and compassion they need. We pray especially for those who sacrificially help others whilst also coping with their own loss. 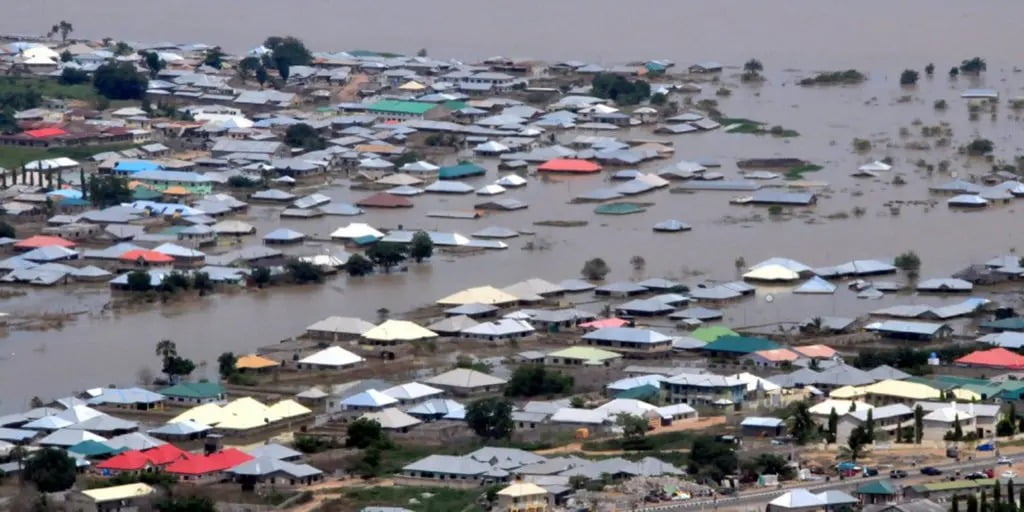 Unusually large sections of Nigeria are currently reeling under the scourge of unprecedented flooding. Already, more than 500 people have been killed in recent months as authorities say the situation is “beyond our control.”

The floods in 31 of Nigeria’s 36 states and capital city have affected over half a million people, including 100,000 displaced and more than 500 deaths and as many more injured, Nigeria’s National Emergency Management Agency said.

The disaster has also destroyed thousands of hectares of farmland, worsening fears of a disruption of food supply in Africa’s most populous country.

According to a Guardian editorial, in Bayelsa State alone, reports show that floods have displaced over 700,000 people and submerged some 300 communities, an indictment on the authorities for not being proactive to prevent or at least minimize the disastrous impacts of the floods. Floods have been ravaging many other states across the country. Floodwaters have inundated numerous communities along the banks of the Rivers Niger and Benue, as well as Lokoja, the capital city of Kogi, according to satellite imagery shared by NASA.

Vehicles are seen submerged in flood water even as major highways in the country have literally closed to traffic. The effects include scarcity of fuel and gas, following disruption to supply. 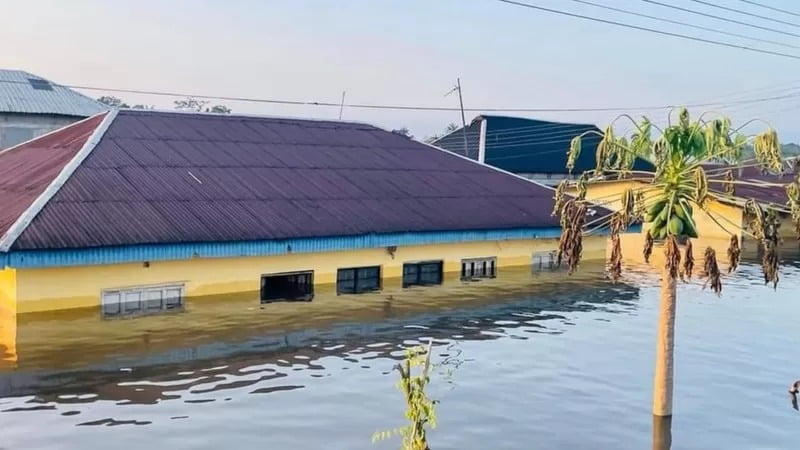 In Anambra State, a boat carrying 85 persons capsized in the River Niger following rising floodwaters in Ogbaru area of the state with emergency bodies confirming a death toll of 76 people. Also in Bayelsa, flood dislodged corpses from a mortuary and washed them away. The incidents are despite rescue and recovery missions carried out by Nigerian Inland Waterways Authority (NIWA) and the National Emergency Management Agency (NEMA).

Manzo Ezekiel, a spokesperson for the NEMA, “said Since 2012, this [the flood-related deaths] is the highest we ever had.”

Nigeria sees flooding every year, often as a result of non-implementation of environmental guidelines and inadequate infrastructure. Authorities are blaming the floods this year on water overflowing from local rivers, unusual rainfalls and the release of excess water from Lagdo dam in neighbouring Cameroon’s northern region.

The Nigeria Hydrological Services Agency predicted more floods in 2022 than last year due to “excessive rainfalls and contributions from external flows” such as the dam in Cameroon.

The rainy season in Nigeria has been especially harsh in 2022, with heavy rains producing deadly, destructive floods in numerous states. In October, flooding in the country’s south submerged homes and farmland, and displaced hundreds of thousands of people. 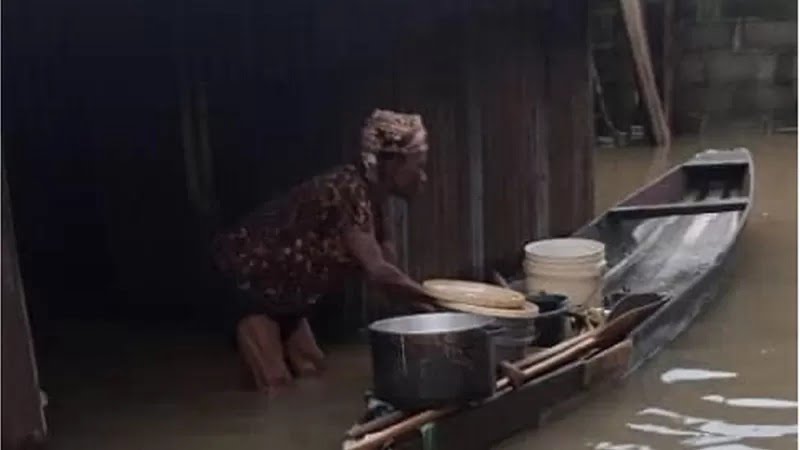 Floodwater has inundated numerous communities along the banks of both rivers. Near their confluence, floodwater inundated Lokoja, the capital city of the state of Kogi. Flooding continued to the south, including a noticeably widespread area spanning southern Kogi and the northern part of Anambra state.

Emergency management agencies reported that floodwater in Anambra has displaced more than 600,000 people. The flooding has also been deadly. On October 7, a boat capsized and killed dozens of people trying to escape rising waters.

Severe flooding has also affected other parts of Nigeria throughout the 2022 rainy season, which generally spans April to October. In the northeast, outbreaks of cholera are being attributed to water sources that have been contaminated by floodwater.

According to news reports, the flooding in Nigeria this year was the worst on record since 2012.

Meanwhile, the Federal Government through the Ministry of Humanitarian Affairs, Disaster Management and Social Development has confirmed that the floods have led to the death of over 500 persons, with about 45,249 houses destroyed and 70,566 hectares of farmland destroyed.

Recently, the Permanent Secretary in the ministry, Sani Gwarzo,said that the flood was comparable only to the 2012 flood in terms of human displacement, livelihood disruption, infrastructure damage and environmental dislocation. He said the National Emergency Management Agency confirmed that as of October 9, the water level at Lokoja and Makurdi along Rivers Niger and Benue was 11 per cent above that of 2012.”

“So far, the flood has wreaked havoc in 31 states of the federation and the Federal Capital Territory. Over 500 persons are reported dead; 1,411,051 persons affected; 790,254 displaced persons with 1,546 persons injured. Furthermore, 44,099 houses are partially damaged; 45,249 houses damaged; 76,168 hectares of farmland partially damaged and 70,566 hectares of farmland are destroyed by the great deluge.”

In early September,the  NEMA DG revealed that flash floods across Nigeria had affected about 508,000 people, killing about 372, injuring 277 and destroying 37,633 houses aside from farmlands and livestock lost, within the last eight months. Given what has happened in the last two weeks, the casualty figures and number of internally displaced persons have risen exponentially. For instance, this newspaper in its last Sunday edition reported that there was tragedy in Anambra State when about 76 persons lost their lives when a boat carrying 85 passengers from Onukwu to Nkwo Ogbakuba capsized on the morning of Friday, October 7, 2022. Three other persons were also said to have gone missing in Enugu State as a result of flooding in some parts of the state.”

Right now, Lokoja, the confluence town where Niger and Benue rivers met has largely been submerged by water, especially the riverside communities. The River Niger Bridge in Lokoja has been over-flown by rising sea level, rendering vehicular passage impossible. Motorists have had to make a detour passing through longer routes to get to their destinations. Many roads have been washed away, many farmlands, houses, vehicles and other properties have succumbed to the overpowering effect of flooding.

Collateral impact of this flooding is that heavy-duty trucks carrying petroleum products and food items are stuck on the road. Some bridges have collapsed while safe passage of flooded roads cannot be guaranteed. Because of this development, there is now scarcity of petroleum products in Northern Nigeria while prices of foodstuffs have also hit the roof due to transportation challenges.

The East-West road has been trending with videos of stranded travelers as sections of the road have been completely cut off with torrents of flood-water  cursing across.

Also, stories of travellers stranded on roads for as much as 8 days abound from Kogi to Delta, Bayelsa and Rivers states leading to huge economic losses as cows, chicken and agricultural produce die and rot away in vehicles.

The human and economic calamity is really huge, leaving Nigerians wondering what hopes they can afford in the face of the dire economic conditions already being experienced across the country. Many believe that this is one calamity to many for hapless Nigerians who have been at the receiving end of abysmal failure of governance at many levels.

Whatever happens, there is hope, indeed intense prayers,that this too shall pass.