FIWON, labour union, said that such patriotism will revive the country’s economy by increasing its annual Gross Domestic Products. 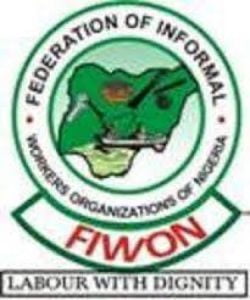 The Federation of Informal Workers Organisation of Nigeria (FIWON) has called on citizens to patronise locally-made products to sustain employment and boost income.

FIWON, labour union, said that such patriotism will revive the country’s economy by increasing its annual Gross Domestic Products.

Mr Olayinka Ibrahim, FIWON’s State Coordinator, made the appeal in an interview with the News Agency of Nigeria (NAN ) in Osogbo on Friday.

NAN reports that informal workers are artisans, welders, carpenters, aluminium experts, and electricians,  among others.

Ibrahim said that informal workers played vital roles to manufacturing of locally-made products and the growth of the country’s Gross Domestic Products.

“I want to tell you that Nigeria as a nation is blessed with talented manufacturers who are informal workers.

“They manufacture locally-made products which you will think were imported without knowing they are purely Nigerian made.

“The major challenge is the low patronage from citizens who prefer foreign goods to locally-made ones; economically this is not palatable for us,” he said.

The coordinator urged the people to first patronise their own products in order to grow the economy.

He noted that increased patriotism would revive comatose industries and in turn create more jobs and reduce criminality.

He appealed to the people to complement Federal Government’s efforts through its Ministries, Departments and Agencies by buying local products for the growth of the economy.