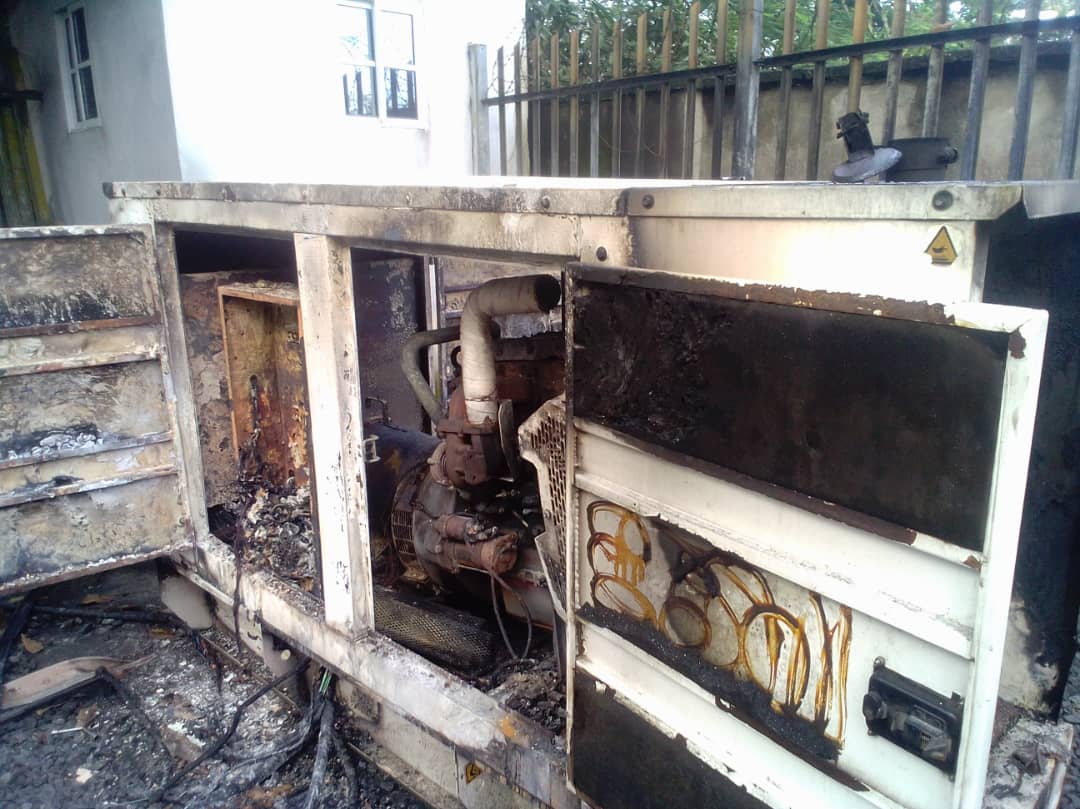 Olomola who confirmed the incident to the News Agency of Nigeria (NAN), said that the fire started from an electrical spark from a generator house.

NAN reports that the Government House in the capital city houses the office of the Governor and some of the civil servants as well as aides to the governor.

The fire which occurred between late hour of Satuday and the early hours of Sunday, was said to have affected some offices attached to Gov. Ben Ayade.

It was gathered that some vital documents were also affected by the fire that lasted more than three hours.

It took the intervention of the Federal Fire Service to put out the fire.

Meanwhile, the Cross River Government has said that the fire incident did not cause major damage.

Mr Christian Ita, Special Adviser on Media to the Governor said, “it was just a minor incident and no damage was caused by the incident. There was also no file damaged.

“It was only a building attached to Governor’s Office and no major activity takes place there.”