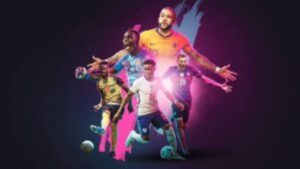 Showmax Pro, an online streaming platform, announced that the first day of the 2022 FIFA World Cup of Nov. 20, had the most streamed sporting event on the service since its inception.

Barry Dubovsky, Chief Operating Officer of MultiChoice Connected Video, in a statement on Monday, said this was streamed live on Showmax Pro, courtesy of SuperSport.

Dubovsky noted that this exceeded the likes of the Olympic Games Tokyo 2020, any Premier League match-up, and the UEFA Euro 2020.

“From fireworks that lit up the sky to appearances from international and local actors, singers and dancers, the FIFA World Cup 2022 opening ceremony had Showmax Pro subscribers glued to their screens.

“And the first game of the tournament, where hosts Qatar took on and lost 2-0 to Ecuador at the Al Bayt Stadium, pushed Showmax Pro viewership to an all-time high.

Showmax Pro is a streaming service available for Showmax subscribers in Africa that bundles the Showmax entertainment offering with music channels, news and live sports streaming from SuperSport.