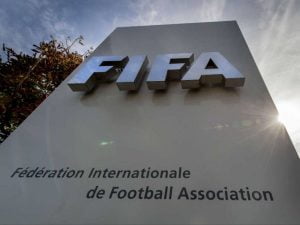 Football’s governing body FIFA is joining other sports federations in reviewing their rules for transgender athletes, a spokesperson confirmed on Tuesday.

The aquatics sports body FINA and the International Rugby League (IRL) decided over the past days to exclude trans athletes from women’s events.

The World Athletics may follow suit, according to its president Sebastian Coe.

“FIFA thereby takes guidance from many stakeholders (medical, legal, scientific/performance and human rights) as well as the November 2021 IOC Framework on Fairness, Inclusion and Non-discrimination on the Basis of Gender Identity and Sex Variations.

“Due to the ongoing nature of the process, FIFA is not in a position to comment on specifics of proposed amendments to the existing regulations.

“Should FIFA be asked to verify the eligibility of a player before the new regulations will be in place, any such case will be dealt with on a case-by-case basis.

“This is  taking into account FIFA’s clear commitment to respect for human rights.”

FINA decided at the weekend that transgender athletes can participate in women’s races if they have gone through only part of male puberty.

It is also planning an open category for athletes whose gender is different than at birth.

The IRL said late Monday that transgender players were banned from women’s matches “until further research is completed to enable the IRL to implement a formal transgender inclusion policy.”

Coe told newsmen that athletics could follow FINA, with a council meeting to discuss the issue later in the year.

“We have always believed that biology trumps gender and we will continue to review our regulations in line with this. We will follow the science,” Coe said.