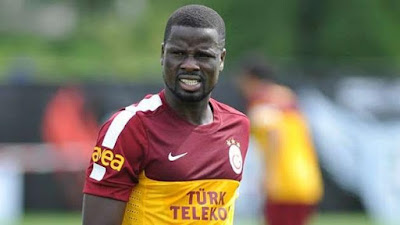 FIFA, the world’s football governing body has banned Ivory Coast and Sunderland defender Emmanuel Eboué for one year. FIFA passed the judgement on the former Arsenal defender this morning for refusing to pay his agent for agent fees owed.

This means won’t be able to play football for 360 days effective from this morning until the fee is completely paid. The ban will be lifted once he pays up. Read FIFA’s full statement after the cut.

”Emmanuel Eboué, who has represented Côte d’Ivoire and is currently registered for the English club Sunderland A.F.C., is to serve a ban on taking part in any football-related activity that will last for one year or until he pays the total outstanding amount owed to his former agent if this occurs before the one-year ban has elapsed.” The origins of the case involve a decision passed by the single judge of the FIFA Players’ Status Committee in July 2013 regarding a contractual dispute according to which Mr Eboué was ordered to pay the players’ agent Mr Sébastien Boisseau an amount owed to him based on the representation agreement between the two parties.

The decision was taken on the basis of the FIFA Players’ Agents Regulations in force at the time (2008 edition). ”On 9 September 2014, the FIFA Disciplinary Committee decided to sanction Mr Eboué with a fine of CHF 30,000 for failing to comply with the decision of the single judge of the Players’ Status Committee on the basis of art. 64 of the FIFA Disciplinary Code. The player was also granted a final period of grace of 120 days to settle his debt, upon failure of which the creditor – Mr Boisseau – would be entitled to request that a one-year ban on taking part in any football-related activity be imposed on Mr Eboué.”