According to Katagum, this can be achieved through provisions that will foster economic recovery as well as building resilient health and economic sectors. 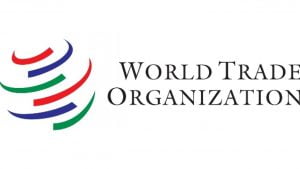 The Federal Government has reiterated the need for countries with emerging economies to adopt measures geared toward addressing the difficulties they are facing in food production and improved livelihoods.
Amb. Mariam Katagum, the Minister of State,  Industry, Trade and Investment, said this in a statement issued on Sunday in Abuja by Mrs Oluwakemi Ogunmakinwa, the director, Information in the ministry.
According to Katagum, this can be achieved through provisions that will foster economic recovery as well as building resilient health and economic sectors.
The statement said Katagum spoke at the just concluded 12th World Trade Organisation (WTO) Ministerial Conference (MC 12) held in Geneva, Switzerland.
The News Agency of Nigeria (NAN) reports that the minister of state led the Nigerian delegation to the conference.
She also urged Ministers of Trade to develop an institutional framework that would foster discussions toward the delivery of outcomes that would address the needs of Member States.
Don't miss
NEWS

Katagum reiterated Nigeria’s position on agricultural trade reform, especially with respect to the key areas of Domestic support, Market Access, Public Stock Holding for food Security (PSH).
“Discussions on WTO reform needs to adhere to the principles of transparency, inclusiveness, fairness and equity within the balance of the rights and obligations of all members under the covered Agreements.
“Member States should ensure that any future discussions on reform should focus on reaffirming and strengthening the multilateral character of the WTO.
“As part of the  Conference’s outcome documents, a  total of (ten) Ministerial Decisions and Declarations were adopted by the Trade Ministers at MC12.
“Seven of them including MC12 outcome document were considered and adopted by the MC12, while three (3) were considered by the General Council (GC) and brought forward to MC for adoption by the Ministers,” she said.
Katagum said history was made at the WTO 12th Ministerial Conference with the adoption of the 20 years outstanding agreement on Fisheries Subsidies.
“Other decisions and declarations adopted at MC 12 included, Ministerial Decision on the TRIPS Agreement, Ministerial Declaration on the Emergency waiver response to food insecurity.
“It includes the Ministerial Decision on World Food Programme, Food purchases Exemption from Export Prohibitions or Restrictions, Ministerial Declaration on the WTO response to the COVID-19 pandemic and preparedness for future pandemics. “
According to her, it took decision on Work programme on Electronic Commerce, E-commerce Moratorium, MC Outcome Document, Decisions on TRIPS Non-violation and situation complaints, GC Declaration on  Sanitary and Phyto Sanitary and  Ministerial Decision on the work programme for Small Economies.
On Fisheries Subsides Agreement, she said MC 12 agreed that no member shall grant or maintain any subsidy to a vessel or operator engaged in illegal, unreported and unregulated fishing or fishing related activities in support of fishing.
READ ALSO:https://brandpowerng.com/ekiti-guber-pdp-candidate-kolawole-congratulates-oyebanji/
On Emergency response to food insecurity, Katagum  said that the ministerial conference agreed that trade and domestic production played a vital role in improving global food security in all dimensions as well as enhancing nutrition
She said that the conference would also commit to take concrete steps to facilitating trade and improve the functioning and long term resilience of global market for food and agriculture, including cereals, fertilizers and other agricultural production inputs.
According to Katagum, particular consideration will be given to the specific needs and circumstances of developing countries.
The minister of state also commended Dr Ngozi Okonjo-Iweala, the Director-General WTO, on the way the sessions were structured, which she said  provided members with constructive engagements,  adoptions and decitions on identified priority areas.
The Ministerial Conference is the topmost decision making body of WTO which meets every two years and it brings together all members of the WTO to  take decisions on all matters under any of the multilateral trade agreements.
NAN recalls that Kazakhstan was originally scheduled to host MC12 in June 2020, but the conference was postponed due to  the outbreak of the COVID-19 pandemic.
This is the first conference held since the appointment of Okonjo-Iweala as the director- general of WTO.
(NAN)