“It goes beyond just having the instruments and the laws; we as a people must criminalise every form of violence against women, girls and children, particularly sexual violence so that we don’t have situations where they will say we will go and settle in the family. 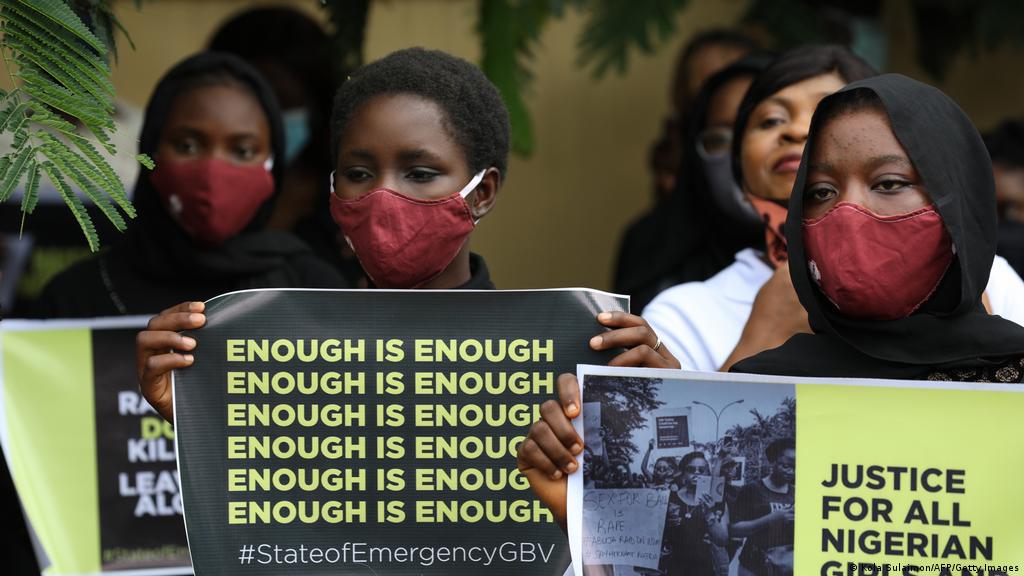 The Federal Government and some Non-Governmental Organisations (NGOs) have decried increasing cases of Sexual and Gender-Based Violence (SGBV) against women and girls in spite of the domestication of extant laws in the country.

They also expressed concern over harmful traditional practices against women and girls when there are laws against such practices.

These stakeholders expressed their divergent views in separate interviews with the News Agency of Nigeria (NAN) on the sidelines of various events recently held to commemorate the 2021 International Day of the Girl-Child in Abuja, an annual occasion marked on Oct. 11 to raise awareness on challenges of the girl-child.

They attributed the increasing cases of SGBV to delay by some state governments to adopt and implement the Child Rights Act and the Violence Against Persons Prohibition (VAPP) Act, delay in the prosecution of offenders, the culture of silence, traditional practices, among others.

The Minister of Women Affairs, Mrs. Pauline Tallen, while describing Nigeria as one with high rate of Female Genital Mutilation (FGM) cases, said such harmful practice persists in spite of a number of reforms and laws to curb the trend.

FGM is the partial or total removal of the female external genitalia, usually done in many communities for non-medical reasons, a violation of the fundamental rights of the female gender.

Tallen said “although government has undertaken a number of health reforms, including laws against harmful traditional practices, many cultural and religious practices still put the health of women in the doldrums.

“I wish to state that the ministry is committed to abolishing all traditional practices that endanger the health and dignity of girls and womanhood in Nigeria and in this regard, will work more with the Ministry of Health.”

She said violence and harmful practices endanger the lives of women and girls, hence the need for all states of the federation to domesticate laws and implement them to serve as a deterrent and eliminate it in totality.

According to her, in spite of government and partners’ positive interventions, high and community-level advocacy, capacity building of circumcisers, including the provision of alternate income for circumcisers, the practice of FGM still persists.

She, therefore, urged stakeholders to support girls and women and ensure the implementation of all enacted policies/laws on ending SGBV and harmful practices.

Mrs. Ibukunoluwa Otesile, the Founder of Hope for Second Chance Foundation (HOSEC), an NGO, said the culture of silence by survivors and their families impedes success in eliminating SGBV and harmful practices in the country.

She said “the culture of silence is one of the things that has continued to endanger violence against women and children in Nigeria. The culture makes it difficult for the tools that the government has put in place to actually work. If people refuse to speak out against it when it happens, there is nothing government can do about it.

“It goes beyond just having the instruments and the laws; we as a people must criminalise every form of violence against women, girls and children, particularly sexual violence so that we don’t have situations where they will say we will go and settle in the family.

“It is not something that should be settled, it is a crime against the state and it should be attended to as such.”

On her part, Amarachi Chukwu, the Assistant Programme Officer, International Federation of Women Lawyers (FIDA), said the establishment of special courts to handle GBV cases would help to expedite prosecution of cases and ensure survivors got justice, which would serve as a deterrent to others.

She added that “the more such cases are delayed, the more traumatised the survivor becomes. But as soon as the survivor gets justice, they get better.”

Combined team of military, police, hunters march through Maiduguri in show of solidarity