“We have successfully intervened in the internal road network of 46 tertiary federal institutions and handed over 29 as at 2021. 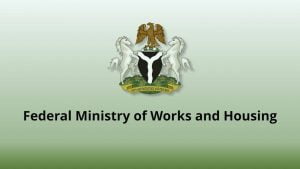 The News Agency of Nigeria (NAN) reports that the internal road network covers 1. 8km, and was fully reconstructed by the Federal Ministry of Works and Housing.

Speaking at the inauguration held in the Polytechnic, the Minister of Works and Housing, Mr Babatude Raji-Fashola said no fewer than 46 federal tertiary institutions had so far benefited from internal road network by his ministry, while 30 more were currently being attended to.

The minister, who was represented by the Acting Controller of Works, Kebbi State, said: “We have successfully intervened in the internal road network of 46 tertiary federal institutions and handed over 29 as at 2021.

“And we now have another 17 ready to be handed over, we are currently attending to 30 roads in similar institutions across the country, making a total of 76.”

He said that the quality of education would be impacted by the quality of infrastructure and the learning environment, adding that those who doubted it should simply listen to some of the feedbacks from students in the schools where such interventions had taken place.

Raji-Fashola said the gap of infrastructure needs was steadily being bridged by a gradual process of repairs, renewal and construction on major highways, which had now reached higher institutions.

While admitting that a lot of work needed to be done in many sectors of national life including education, the minister said the President Buhari-led government had stepped up to lead the process of getting that work done.

“The students are expressing renewed enthusiasm with regards to attending classes because some defective roads have been restored to good condition.

“This is consistent with our progressive ideal of improving the human condition; and that process continues here today as we hand over this one at Waziri Umaru Federal Polytechnic, a critical intervention to support education.”

The Rector of the polytechnic, Dr Usman Sani-Tunga appreciated the ministry for what he described as a job well done.

“We must thank the ministry not only for the intervention but also for speedy and quality job. The entire work was conceived, constructed and supervised by the Federal Ministry of Works and Housing,” he said.

Sani-Tunga recalled that before the construction of the road, accidents do occur within the campus but with the new road network, it had become a thing of the past, while appealing that more of such project be executed in the school.

The Rector prayed that the remaining 2.2 km as requested in earlier submission would be captured in the 2022 budget.

Dr Muhammad Sani-Aliyu, the immediate past Rector of the institution described the project as timely, and appreciated the speedy and quality of the job.