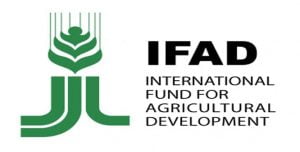 The Federal Government and the International Fund for Agricultural Development (IFAD) has commended the Ogun Government for its efficient performance in the FG/IFAD value-chain development programme (VCDP).

Kemtsop, an Infrastructure Engineer had visited the IFAD-VCDP processing centre and some beneficiaries’ farms at Ijebu North-East and Ijebu East LGAs in Ogun.

He said that the state performed well in spite of the COVID-19 Pandemic and other challenges.

He said that the VCDP beneficiaries put in their best and managed the resources within their disposal well.

“Based on what we saw in our visit to the processing centres and the farms and the interactive section with some stakeholders, we can say that the beneficiaries did well.

Kemtsop urged the beneficiaries to remain committed, protect the facilities, practice cluster farming and tap into the various opportunities provided before the VCDP programme ends in 2024.

He promised to provide solutions to the identified challenges that was hindering the effective implementation of the programme.

The lead consultant thanked the state government for its commitment in payment of the counterpart fund and for adoption of VCDP approach in the state.

He also thanked the government for supporting IFAD in achieving its set goals and objective in the state.

The News Agency of Nigeria (NAN) reports the MTR team had earlier visited the state Commissioner for Agriculture, Dr Adeola Odedina at the state secretariat in Oke-Mosan  before going to the field.

Odedina, who was represented by the Permanent Secretary of the ministry, Dr Dotun Sorunke, commended the Federal Government and IFAD for the support given to VCDP farmers in the state.

He said that the IFAD-VCDP programme aimed at ensuring food security and improving farmer’s livelihood was in line with the agricultural revolution initiative of the state governor Dapo Abiodun to increase food production.

He said the implementation of the programme had impacted positively on the beneficiaries and also boosted food production in the state.

The State Programme Coordinator, VCDP, Mr Samuel Adeogun said the mid-term review was to assess the performance in the area of project management quality; progress made by VCDP as well as identify the challenges faced by beneficiaries and the opportunities.

He said it was also to strengthen the programme and make it more effective in achieving VCDP’s objectives.

“It is to enhance income and food security of rural farming household engaged in rice and cassava value chain.”

Adeogun said that IFAD-VCDP has helped to increase rice and cassava production, enhance industrialisation, create employment opportunities for youth and small holder farmers as well as link them to the market.

He commended the beneficiaries, specially the woman, and encouraged them to be business-oriented and influence others to benefit from the programme.

“VCDP project is ending in 2024. You need to sit-down and have business plans to see where they can support you based on what the state has in for project,” Adeogun said.

He identified the eight local government areas  in state that are  benefiting  from the VCDP to include, Ijebu North-East, Ijebu East, Ifo, Yewa North, Yewa South, Odeda, Odogbolu and Obafemi Owede.

Mr Lekan Oduwole, the Chairman, Oreofeoluwa Cassava Processing Group, on behalf of other beneficiaries, commended IFAD-VCDP for their support in capacity building, input and facility processing for farmers.