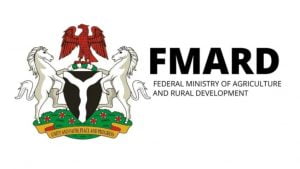 The Federal Ministry of Agriculture and Rural Development (FMARD) has begun distribution of inputs and farm implements under its special intervention to support smallholder farmers in Edo.

The News Agency of Nigeria (NAN) reports that 35 per cent of the inputs would be distributed to women famers to increase opportunities for them, while 10 per cent targeted at persons with special needs.

Speaking at the event, Permanent Secretary in the ministry, Dr Ernest Umakhihe, said the intervention became necessary because smallholder farmers formed about 70 per cent of the food producing populace.

He said the inputs were being provided free to the benefitting farmers to open up investment opportunities and create jobs for them.

Umakhihe said the reduction of economic activities occasioned by the COVID-19 pandemic resulted to about 120 per cent hike in food prices in the country.

“For the past seven years, issues relating to food security have constituted a major focus of the policy thrust of the government.

“To address the food insecurity occasioned by the crises of national insecurity and the pandemic, the federal government through the ministry came up with strategic policies.

“Such as the Agriculture for Food and Jobs Plan (AFJP), the Green Imperative, Agricultural Promotion Policy and Presidential Fertiliser Initiative (PFI), among others.

“Of recent is the distribution of inputs and equipment to smallholder farmers and processors.

“These policies are aimed at ensuring food security, economic growth and job creation, especially during post COVID-19 era,” he said.

According to him, smallholder farmers are the most vulnerable in times of crisis, hence, it is imperative for the government to support them with inputs, especially seeds.

The State Commissioner for Agriculture and Food Security, Stephen Idehenre, commended the gesture, adding that the state government had supported 5,000 farmers through its agricultural intervention programmes.

“Under our independent farmers initiative, 2,050 smallholder farmers have been provided with inputs to drive cassava, maize, rice and soybean value chains.

“On Oil Palm Initiative, 63,000 hectares of brown fields have been made available for nine investors for the development of oil palm plantations,” he said

For his part, Alhaji Bako Dogwo, Chairman, All Farmers Association of Nigeria (AFAN) in the state, lauded the federal government for the gesture.