He said the exercise would educate the participants on their expected roles in the development of water resources in the country. 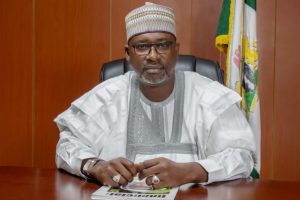 The Federal Government has restated commitment to effective utilisation of water resources for economic growth through the implementation of the 2013 National Water Resources Master Plan and Nigeria’s accession to the United Nations Water Convention.

The Minister of Water Resources, Mr Suleiman Adamu, stated this at the inauguration of a two-day sensitisation exercise for stakeholders in the North-East, on Thursday in Bauchi.

Represented by Mrs Alice Ojowu, Director, Water Resources Planning and Technical Services in the ministry,  Adamu said the exercise was to create awareness on the water master plan.

He said the exercise would educate the participants on their expected roles in the development of water resources in the country.

The master plan, he said, was developed to optimise utilisation of the nation’s water resources to encourage agricultural production and achieve food security for sustainable social and economic development.

The Minister identified weak synergy among stakeholders and lack of adequate budgetary provisions, as some of challenges militating against effective utilisation of water resources in the country.

Others were increased population growth and uncoordinated water resource development programmes among the three tiers of government, development partners and consumers.

He said the exercise would expose the partcipants to modern trends in ground water management in view of the ongoing viable water projects across the region.

The News Agency of Nigeria (NAN) reports that about 100 participants drawn from Adamawa, Bauchi, Borno, Gombe, Taraba and Yobe States attended the exercise.