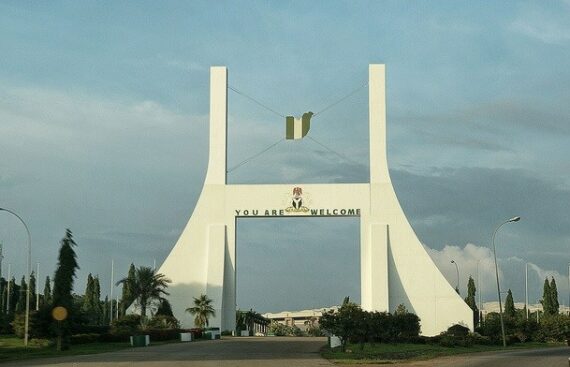 The International Day of the World’s Indigenous Peoples is observed on every August 9 to raise awareness and protect the rights of the world’s indigenous population.

This event also recognises the achievements and contributions that indigenous people make to improve world issues such as environmental protection.

The United Nations General Assembly first announced the day in Dec.1994, marking the day of the first meeting of the UN Working Group on Indigenous Populations of the Sub-Commission on the Promotion and Protection of Human Rights in 1982.

This year’s theme is “Leaving no one behind: Indigenous peoples and the call for a new social contract’’.

According to the UN, there are over 476 million indigenous peoples living in 90 countries across the world, accounting for 6.2 per cent of the global population.

In Nigeria, one of such groups is the Original Inhabitants (OI) of the Federal Capital Territory (FCT).

According to reports, the OI which include the Gbagyi, Gwandara, Koro, Gede, Bassa, Ganagana, Ebira and a pocket of Hausa settlers in Garki and Karu environs and also in Kwali Area Council are predominantly found in Central Nigeria with a population of about 15 million people.

The Secretary, Gwandara Ethnic Nationalities in Abuja, Mr Abdullahi Musa, said that the original inhabitants refer to the people living in Abuja before the creation of the FCT.

He said that these original inhabitants were spread across all the six area councils of Abuja Municipal Area Council (AMAC), Bwari, Kuje, Gwagwalada, Kwali and Abaji.

“The FCT was carved out from old Niger, Plateau, Kwara and some parts of Kaduna; the Gbagyi are divided into two; the Gbyagi Gengen and Gbyagi Yemma with little variations in dialect.

“The Gbagi have the highest population in Abuja compared to other ethnic group classified as indigenesm’’ he said.

Musa further noted that the tribes were in Abuja before the amalgamation of Nigeria in 1914.

“After the amalgamation, the tribes have been under colonial power and thereafter when Nigeria got its independence, they split along regions; the north-western region and middle-belt.

“Some were in the middle-belt of Plateau (Karu, Karshi, Nyanya). The ones in Garki, Gwagwalada, Kwali and Kuje fall under north-western states.

“After the civil war, the regions were broken into states. Some of us fall in Niger, Kwara and Plateau,’’ he said.

The secretary further noted that before the seat of power was relocated to Abuja, the indigenes were answerable to paramount rulers.

“With the creation of the FCT, we are now answerable to the Federal Capital Development Administration (FCTA). With the creation, we began to have influx of other Nigerians,’’ he said.

“Other states are enjoying three senatorial slots. This is affecting us as citizens. It is not making us feel a sense of belonging,’’ he said.

Musa, however, called on the government to come up with lasting solutions to address the plight of the people.

The Executive Director Resource, Centre for Human Rights and Education, Mr Ibrahim Zikirullahi, therefore, calls for robust representation of the indigenes in the core governance structures responsible for service delivery.

“The FCT indigenes made enormous sacrifices to provide space for Nigeria’s capital. Therefore, government can no longer ignore the voices of the Original Inhabitants.”

The Executive Director Centre for Transparency Advocacy, Ms Faith Nwadishi, is an advocate of the right of the FCT indigenes.

She said that the theme of the 2022 celebration was apt and timely because all over the world, indigenous people were left behind when development caught up with them.

“The theme is apt so that policy makers, those who are in power will know that in trying to plan, they should also ensure that they carry the indigenous people along.

“From across the globe when you have issues of indigenous people marginalised, they are promised a good life but as soon as developments start, they are forgotten,’’ she said.

Nwadisihi called for concerted effort to advance the plights of FCT original inhabitants to push the government into action.

She said that the issues of the indigenous people all over the world are the same but “we have to join voices from around the world, from around the country to make it a force so that everybody understands that the pain of one is a pain of everybody.

“The FCT is known as a centre of unity. If we decide to leave the indigenous issues to only the indigenous people, we would not be doing justice to them. A lot of us have come from different places, I come from the Niger Delta.

“We have 36 states and the Federal Capital Territory, yet you have people represented from the 36 states on the Federal Executive Council and there’s not one person from the geographical location called the FCT’’.

The Ona of Abaji, Alhaji Adamu Baba Yunusa also expressed concern about what he described as non-recognition of the indigenes in the helm of affairs at the Federal Executive Council meetings.

“Government should be fair to all. The donation of our ancestral land to government is remarkable for the unity of the people and the peaceful co-existence of the citizens but we are not seeing commensurate appreciation from the country.

“The people should do us justice to see we are given our rights. We just want to be treated like any other Nigerian is treated. It is high time our right is given to us,’’ he said.

Similarly, the Etsu of Kwali, Alhaji Shaban Audu, who noted that the indigenes had sacrificed a lot for the FCT, said that what they needed was equal opportunity.

“We have sacrificed a lot. Though we remain grateful to the government because certain things had been done, but more needs to be done for the socio-political advancement of the people,’’ he said.

Similarly, the Secretary, Garki Traditional Council, Chief Lazarus Nyaholo, called for more of stakeholders’ engagement in re-echoing the demands of the indigenes.

“We don’t want resettlement, we want to be integrated in governance,’’ Nyaholo said.

Analysts opine that all the indigenes clamour for is for other Nigerians to support them and give them their rightful place in the scheme of things as they celebrate The International Day of the World’s Indigenous Peoples.