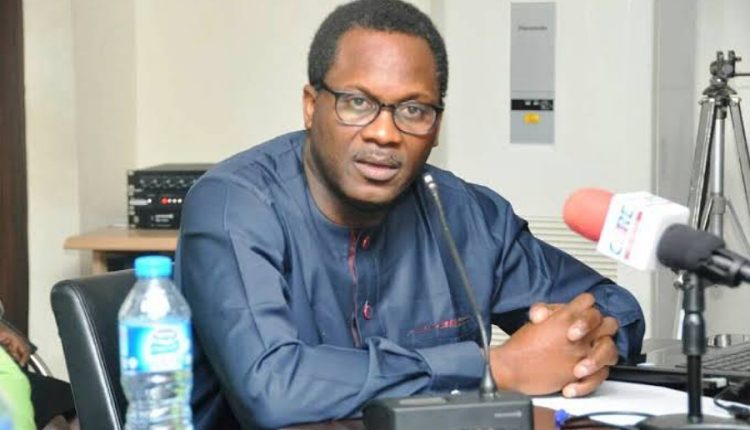 Irukera made this known at a hearing on the 2023-2025 Medium Term Expenditure Framework/Fiscal Strategy Paper (MTEF/FSP) orgnised by the House of Representatives Committee on Finance in Abuja.

The FCCPC boss said that before assuming office in April 2017, the commission had zero remittance into government coffers.

He said in 2019 after the establishment law was amended, N98 million was remitted and the commission pulled out from being funded by the treasury and became self-funded.

“In the process of leaving the government treasury, as at today with the budget performing at 70 per cent, we have received N163 million in overhead, N296 million in capital and not a naira is waiting to be swept at the end of the year; that’s about N500 million.

“As at this year, we have given the government N1.2 billion and we will give more; our revenue target for 2023 is N14.3 billion, I feel relatively confident that we will be close or hit the target.

“We, however, need to find a balance, we are not a revenue generating agency, and we must not be portrayed or perceived as doing our work so revenue will come in.

“We will lose our credibility and it will affect the economy,’’ he said.

Reacting to issues of expenditures raised by the committee in an earlier sitting, Irukera said that hazard allowance were paid to members of staff who went out on surveillance and enforcement.

The FCCPC boss said that they were exposed to so many dangers, especially when they faced loan sharks and digital lenders that sent defamatory messages in the country.

According to him, they are one of the agencies that remained at work throughout the COVID-19 lockdown so they are hazards of the job.

Irukera said that the increase in insurance premium from three million to N30 million was because before his arrival, the “commission acted irresponsibly about insurance which has been corrected”.

“They were buying brand new cars and were doing third-party insurance so there was potential for loss but now, we insure all the vehicles comprehensively.

“We do all the appropriate insurance to make sure that not only are people comfortable, we make sure if there is a loss of government property, we do not have to pay for it,’’ he said.

He explained that more money needed to be spent on building enterprise management systems to keep commerce running as a result of COVID-19.

He said that the system had almost eliminated paperwork and file movement as a merger of two companies could be fully done online among others.

Members of the committee congratulated Irukera for the feat so far achieved by the commission under his leadership.

The Chairman of the committee, Rep. Abdullahi Saidu (APC-Niger), said that in the banking sector, when a member of staff met a target of one billion naira, the next day a two billion naira target was given.

“If you do that, let the committee know so that we have a reference point for other agencies appearing before us like I earlier made example of Prof. Is-haq Oyelede of the Joint Admission and Matriculation Board (JAMB).

“If you do that, I assure you, the country will celebrate you; I know we are not too good in celebrating achievers, but this assembly has given people award in our chambers.

“So if you do something deserving of accolade, this committee will speak for you, Nigerians will celebrate you.

“So come back and say you have done N15 billion and then we will say, he has raised revenue from two billion to N15 billion.

“That is a quantum lift anywhere any time, we know you can do it, with the passion you displayed today the committee believes you can do it,’’ he said.