According to him, the FBCs are for the concession of the Badagry Deep Seaport and the Floating Dry Dock for The Nigerian Maritime Administration and Safety Agency (NIMASA). 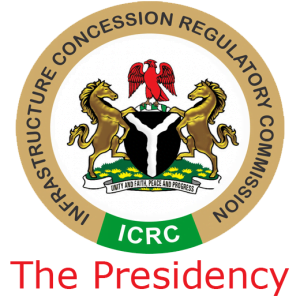 The FBCs are estimated to generate 5,800 new jobs and 2.06 billion dollars in revenue.

This is contained in a statement signed by Mr Manji Yarling, the Acting Head, Media and Publicity, ICRC in Abuja on Thursday.

Yarling said the FBCs were presented to the Minister of Transportation, Rotimi Amaechi.

According to him, the FBCs are for the concession of the Badagry Deep Seaport and the Floating Dry Dock for The Nigerian Maritime Administration and Safety Agency (NIMASA).

He said this was in line with the commission’s statutory bid to regulate the advancement of infrastructure development in Nigeria through Public Private Partnerships (PPPs).

The statement quoted the Acting Director-General, ICRC, Mr Michael Ohiani who presented the certificates, as saying “both projects will  generate more than two billion dollars for the Federal Government and create over 5,800 jobs.

“We have the opportunity to present the FBC compliance certificate for the Badagry Deep Seaport and within the concession period, it is going to generate over two billion dollars.”

Ohiani said that the project would create employment opportunities for more than 5,000 direct and indirect jobs.

“We also use this opportunity to present the FBC for the Floating Dry Dock for NIMASA, it is going to create over 800 jobs and will accrue over 65 million dollars within the period of the concession,” he said.

According to him, the state-of-the-art multi-purpose facility will offer its customers superior uncongested hinterland connectivity and the deepest water in West Africa.

He said the facility would create a sustainable competitive advantage for Nigeria going forward.

“The Badagry Port will also among other things, increase government revenues, facilitate foreign investments in required modern port infrastructure and reduce congestion within Apapa and Tin Can Island ports.”

Yarling said for the Floating Dry Dock, the revenue stream of the project would be derived from services provided to Vessels.

According to him, the total revenue accruing to NIMASA for the 15 years concession period will be 65,607,171 dollars.