The workshop was organised by the FAO, in collaboration with the Standard Organisation of Nigeria (SON) and the National Codex Committee (NCC) under the Federal Ministry of Health. 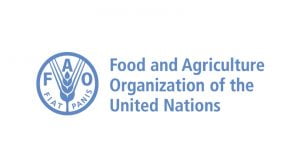 The Food and Agriculture Organisation (FAO) of the United Nations (UN) has urged farmers and other stakeholders to adhere to safety practices, quality and standards in food production, processing and marketing.
The FAO Country representative to Nigeria and ECOWAS, Mr Fred Kafeero, made the call at a two-day “Awareness Creation Workshop on Codex Alimentarius Standards and Codes of Practice”.
The News Agency of Nigeria (NAN) reports that the workshop was organised by the FAO, in collaboration with the Standard Organisation of Nigeria (SON) and the National Codex Committee (NCC) under the Federal Ministry of Health.
The workshop had the theme: “Safer Food, Better Health”, with the slogan, “Food Safety is Every One’s Business”.
Don't miss
NEWS

Kafeero was represented by the FAO Codex Programme Officer, Mrs SaAdiya Haliru.
He said that the workshop would create awareness among farmers, processors as well as  Small and Medium Enterprises (SMEs) on the use of safety standards in food value chain to enhance people’s health.
Kafeero assured that FAO would continue to support Nigeria to improve Codex standards for the attainment of the nation’s food security.
In his remarks, the Minister of Health, Dr Osagie Ehanire, who is also the Chairman, National Codex Committee (NCC), said the workshop was organised under the Codex Trust Fund 2 (CTF2).
The Minister was represented by the National Coordinator, Food Safety and Quality Programme in the ministry, Mr Atanda John.
He expressed concern that little or no attention was given to the issue of safety practice, quality and standards in food production, processing and trading.
According to him, that has led to the increasing rate of food borne diseases worldwide and rejection of food from Nigeria at the international market.
“ WHO records that `every year, worldwide, nearly an estimated 600 million people fall ill and 420,000 die after eating food contaminated by bacteria, viruses, parasites or chemical substances.
READ ALSO:https://brandpowerng.com/buhari-urges-uk-eu-countries-to-invest-in-4000-km-nigeria-morocco-gas-pipeline/
“Over 200 diseases are caused by eating contaminated food and the magnitude of public health burden due to food borne diseases.
“Is comparable to that of malaria or HIV/AIDS while the negative impact of economic and productivity losses cannot be over-emphasised,” he quoted the WHO as saying.
Also, the Director-General, Standards Organisation of Nigeria (SON), Mallam Farouk Salim, said that the Codex food standards are international standard documents that protect consumer health, facilitate global trade and economic development.
He was represented by Ms Tosan Akosile, Head of Mandatory Assessment Programme (MANCAP).
Salim said that the workshop was for stakeholders from the Northern region while another one would hold in Lagos, for the Southern region.
He said the workshop would improve knowledge and understanding of Codex standards among critical stakeholders in the food value chain in the country.
(NAN)