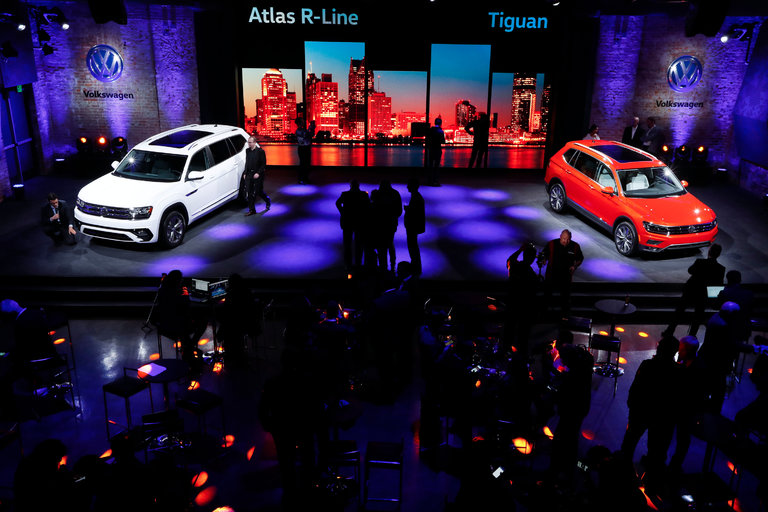 The Federal Bureau of Investigation has arrested a Volkswagen executive who faces charges of conspiracy to defraud the United States, two people with knowledge of the arrest said on Sunday, marking an escalation of the criminal investigation into the automaker’s diesel emissions cheating scandal.

Oliver Schmidt, who led Volkswagen’s regulatory compliance office in the United States from 2014 to March 2015, was arrested on Saturday by investigators in Florida and is expected to be arraigned on Monday in Detroit, said the two people, a law enforcement official and someone familiar with the case.

Lawyers representing Mr. Schmidt did not respond to requests for comment late Sunday. Officials at the Justice Department also declined to comment, as did an F.B.I. spokesman in Detroit.

In a statement, Jeannine Ginivan, a spokeswoman for Volkswagen, said that the automaker “continues to cooperate with the Department of Justice” but that “it would not be appropriate to comment on any ongoing investigations or to discuss personnel matters.”

Lawsuits filed against Volkswagen by the New York and Massachusetts state attorneys general accused Mr. Schmidt of playing an important role in Volkswagen’s efforts to conceal its emissions cheating from United States regulators.

Volkswagen eventually said that it had fitted 11 million diesel cars worldwide with illegal software that made the vehicles capable of defeating pollution tests.

The software enabled the cars to sense when they were being tested for emissions and turn on pollution-control systems to curb emissions at the cost of engine performance. But those controls were not fully deployed on the road, where cars spewed nitrogen oxide at up to 40 times the levels allowed under the Clean Air Act.

James Liang, a former Volkswagen engineer who worked for the company in California, pleaded guilty in September to charges that included conspiracy to defraud the federal government and violating the Clean Air Act. But Mr. Schmidt’s arrest brings the investigation into the executive ranks.

The arrest came as Volkswagen and the Justice Department neared a deal to pay more than $2 billion to resolve the criminal investigation into the emissions cheating. The company or one of its corporate entities is expected to plead guilty as part of the deal.

The settlement could come as early as next week, barring any last-minute hiccups, according to people with knowledge of the negotiations.

The German automaker has been eager to put the Justice Department investigation behind it before President-elect Donald J. Trump is sworn in on Jan. 20.

American prosecutors had traveled to Germany in recent months to interview Volkswagen executives, according to German prosecutors.

The criminal case against Volkswagen, and the potential guilty plea, set it apart from other recent auto industry investigations. In settlements with General Motors and Toyota over their handling of safety defects, for example, the companies agreed to pay large fines, but did not plead guilty.

Prosecutors are also mulling criminal charges against Takata, the Japanese manufacturer under criminal investigation for its defective airbags.

Volkswagen has already agreed to pay up to nearly $16 billion to resolve civil claims in what has become one of the largest consumer class-action settlements ever in the United States, involving half a million cars.

Under the settlement, most car owners have the option of either selling their vehicles back to Volkswagen, or getting them fixed, provided the automaker could propose a fix that satisfied regulators.

The scandal has affected many Volkswagen and Audi models, including the Audi A3 and Volkswagen Beetle, Golf, Jetta and Passat diesel cars.

We made 12 customers millionaires- Sterling Bank

COLLABORATION AMONG MARITIME STAKEHOLDERS CRUCIAL TO STEMMING ABOUT $793.7M LOSSES…