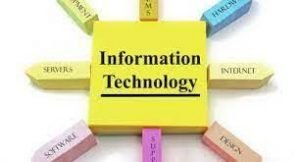 They made the call in different interviews with the News Agency of Nigeria (NAN) on Thursday in Lagos.

NAN reports that alternative internet service is a wireless internet signal beamed down from satellites orbiting earth rather than having your data transmitted through wires.

Ismail lauded some companies, which were already into it because of it data speeds varying from 50mb/s to 150mb/s and latency from 20ms to 40ms no matter how rural the location might be.

According to him, innovative means of providing faster internet access to the most remote location across Africa will go a long way in upgrading the continent’s level of education.

He said it would enhance human capital development, reduce unrealistic traditional myth and beliefs due to lack of access to valid and objective information.

Ismail said that it would also in turn help reduce poverty in a reasonable capacity.

The Chief Executive Officer (CEO) of TertiaryDNS ICT Company, Mr Kayode Kuti said that alternative Internet service outside the control of United States would revitalise the economy of African countries.

Kuti said that it would revitalise African countries through financial instruments that would be independent of outside control.

According to him, a neutral Internet outside  the control of the U.S. will lead to the creation of financial instruments that cannot be manipulated by outside forces.

He said countries would be able to chose what financial system(s) to use, among others.