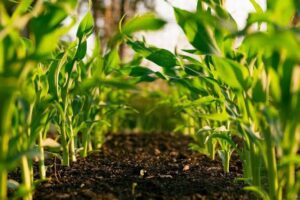 They spoke in Ibadan on Wednesday at the first African Organic Research Conference (AFROREC) held at the International Conference Centre, University of Ibadan, organised by the Network of Organic Agriculture Researchers in Africa (NOARA).

In a Keynote address, Prof. Raymond Auerbach, an Organic Researcher from South Africa, traced the history of ecological organic agriculture on the continent and the development that took place in its acceptance.

Auerbach pointed out research findings in five African countries that highlighted wrong agricultural policies by the African Department of Agriculture and the effects on food security, nutrition and farmers, as well as the populace.

He, also stressed the importance of the conference considering the myriad of challenges facing agriculture in developing countries, especially the climate change.

The organic researcher said that political strategies and goals should be employed to support and promote organic agriculture.

Also, Mr Ernest Aubee, a retired Head of Agriculture Division, ECOWAS, said that West Africa has a lot of catching up to do with other parts of the world regarding policies and implementation.

Aubee said: “The ECOWAS Commission has ECOWAS Agriculture policy, which started from 2015 to 2025.

“And the key objectives of this policy is to enhance food and nutrition security in the ECOWAS members’ states, 15 countries.

“Also, we are responsible for harmonising the different agriculture and natural resources policies in West Africa; so that the region can achieve food self-sufficiency within the shortest possible time,” he said.

Aubee noted that the policy emphasised the need to promote organic agriculture and not just conventional agriculture to promote health and environmental conditions.

“Through organic agriculture, we can increase the gross domestic product, if our members states, that is we can improve economic performance because organic agriculture is currently a multi-billion dollar business that is growing fast,” he said.

In an interview,  Prof. Simplice Vodouhe, an Organic Agricultural expert with 30 years of experience from Benin Republic, said the conference was to harness the various researches and technologies from researchers into proper organic agricultural farming.

Vodouhe said: “The conference is very important because, initially we do not have the technology for developing organic agriculture.

“We started more or less from scratch, although our parents were not too far from organic agriculture.

“But to do organic agriculture properly, there is a need for technology. People are developing technology that is not being captured.

“And, we think that this conference, which is the first continental conference, is very important.”

Earlier, Dr Olugbenga Adeoluwa, the NOARA Continental Coordinator, said the conference provided a roundtable discussion among farmers, researchers and stakeholders in the value chain to identify needs and the available solutions.

“Most times, our farmers are used to researchers coming to tell them their findings.