Aina, former President, Chartered Institute of Bankers of Nigeria (CIBN), said the future was bright for the continent, especially for the growth of FinTechs. 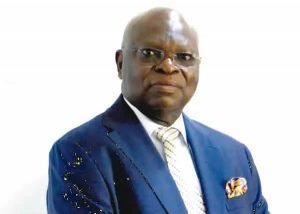 Aina said this at a two-day virtual forum of the 2022 Maiden CABS FinTech, organised by the Community of African Banking Supervisors (CABS) in partnership with Africa Fintech Network (AFN) on Wednesday.

The forum had the theme: “Opportunities and Challenges of FinTech Development in Africa.”

Aina, former President, Chartered Institute of Bankers of Nigeria (CIBN), said the future was bright for the continent, especially for the growth of FinTechs.

The banker said the AFN was committed to making contributions that would positively impact the growth of the ecosystem.

He noted that there was need to work directly with the Association of African Central Banks, particularly the committee of African banking supervisors to achieve such impact.

He said FinTechs were trending with presence in different countries and also contributing to their Gross Domestic Product (GDP).

According to him, this is evolving despite the opportunities that abound across the entire FinTech ecosystem in Africa.

Aina, however, noted that regulators were attempting to catch up to FinTech as they had realised the need to play in the digital innovation space.

He also said FinTechs and startups in the same space had gained prominence in the last 10 years, which was driven by advancement, enabled by internet and mobile phones.

This development, he said, had made banks to set up FinTech subsidiaries, while their former senior regulators serve on the boards of fintech companies.

Aina also said the continent continued to record the highest year-on-year growth in internet penetration and with the support of funding from outside Africa.

According to him, market capitalisation of Nigerian top five banks is less than the valuation of top three FinTechs as at June.