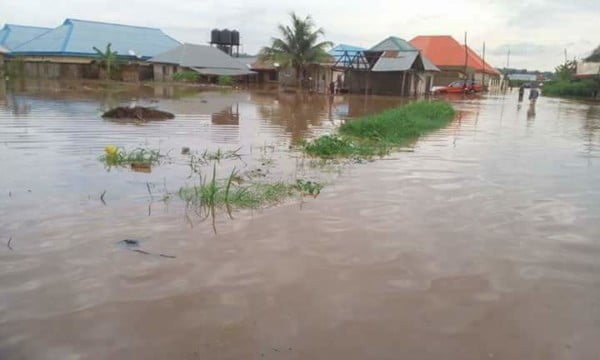 Mr Clement Nze, Director-General, Nigeria Hydrological Services Agency (NIHSA) has warned of more impending flood disasters in the near future as above-normal rainfalls and lack of adherence to warnings persist.

Nze gave the warning at a media briefing in Abuja, on Wednesday

He stressed that flood related disaster would only be minimised by strict adherence to warnings from relevant authorities and extra preparedness by states could also avert most of the looming disasters.

“Virtually all flood incidents already experienced in most parts of the country are caused by overflow of silted rivers especially those within localities and poor urban drainage systems.

“As of today, flood disasters have occurred in many states and the worse hit state is Jigawa with 16 local government areas affected and more than 50 lives lost, with property, livelihoods and infrastructures damaged.

“Meanwhile, both local and International dams are yet to release any water, what most states are experiencing right now are due to poor or lack of drainage systems and overflow from heavy local rainfalls.

“As of today, both Kainji and Jebba Dams on River Niger are still impounding water into their reservoirs, Shiroro Dam and River Kaduna are equally impounding water and there is no release of water from any of the dams within and outside Nigeria,” he explained.

The News Agency of NIgeria (NAN) reports that ,Lagos is the worst hit after Jigawa, with 14 LGA’s affected by flood already and many casualties recorded with some residents displaced by the flood.

“It should be noted that at this period of the year impoundments of water into the Lagdo Dam in Cameroon is still in progress, under normal circumstances, it is usually around the third week of September that the Dan reservoir could approach an elevation of 213metres,” he said.

According to him, spillage of water takes place once the reservoir level approaches 216m, therefore, no release of Water from the Lagdo Dam has occurred, a situation that is closely monitored,” he added.

“The Minister of Water Resources, Mr Suleiman Adamu, had warmed earlier in the year ,that 32 states and 233 local government areas, including the Federal Capital Territory (FCT) were at a high risk of flooding in Nigeria” he said.

The  Annual flood outlook (AFO) has it that 233 Local Government Areas in 32 states of the Federation and the FCT fall within the highly probable risk areas, while 212 Local government areas in 35 states, including FCT, fall within the moderately flood risk areas.