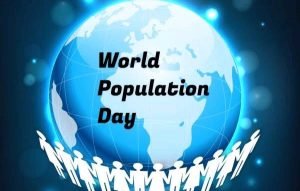 As the globe marks the 2022 World Population Day (WPD) with the theme: “A World of 8 billion:  Towards a resilient future for all – Harnessing Opportunities and Ensuring Rights and Choices for All,” it is pertinent to analyse the roadmap toward achieving Demographic Dividend.
The News Agency of Nigeria (NAN) reports that WPD was established by the Governing Council of the UN Development Programme in 1989, an event that is annually observed on July 11 to raise awareness on global population issues.
According to the United Nations, the world’s population is expected to hit eight billion by the end of 2022 amid global health inequalities.
It says while the world population continues to grow, there are spectacular progress made in global vaccination.
However, health pundits have argued that the progress made so far in healthcare is lopsided, given the high maternal mortality rate in Africa and some parts of Asia.
Dr Ejike Oji, the Chairman, Technical Management Committee, Association for the Advancement of Family Planning (AAFP), while reacting to the world population, told the News Agency of Nigeria (NAN) that youths constitute about 60 per cent of the expected eight billion people in the world.
Oji said youths are the economic force in every population and called for policies that would engender harnessing of the potential of the younger generation.
While congratulating the world for achieving the milestone figure of eight billion population, the medical practitioner, however, stressed the need for governments and other stakeholders to accelerate access to Family Planning services.
He said “it is important for women to exercise authority over their Sexual and Reproductive Health Rights to create a secure and peaceful future.”
Dr Okai Aku, the Executive Director, Planned Parenthood Federation of Nigeria (PPFN), also reacting to the eight billion world population, stressed the need to discourage population explosion not just for food security but demographic security.
He blamed some demographic crises as farmer/herdsmen clashes on geographical area shrinking occasioned by population explosion.
He added that to achieve global demographic resilience, much more should be done by healthcare stakeholders to leverage global healthcare, noting that health inequality must be addressed for the world to sustain the eight billion people.
Medical disparities that could make the Sustainable Development Goals unattainable ought to be squarely addressed too for global prosperity, Aku said.
Ms Margaret Edison, the Director, Population Management Department, National Population Commission (NPC), said the UN data published in 2018 indicates that 250 infants are born every minute globally or more than 130 million annually.
Edison said that with Nigeria’s projected population of 216 million, expectations are that it would be effectively utilised in demographic transition.
She interrogates the role of Nigeria as component of the eight billion people by the end of 2022, urging the people to be solution than problem.
Emphatically, the population director said achieving Demographic Dividend is possible when people are encouraged to live their lives to its full potential.
In her statement to mark the July 11 WPD, Dr Natalia Kanem, the Executive Director, UN Population Fund (UNFPA), said that the people were not the problem but solution.
Kanem, like Edison, urged each country to meet the desires of its population by ensuring that people meet their full potential.
The UNFPA boss said “people are the solution, not the problem. At UNFPA, we advocate for measuring and anticipating demographic changes.
“Each country should have the information it requires to meet the needs of diverse population groups and ensure that individuals can realise their full potential.”
READ ALSO:https://brandpowerng.com/world-population-to-hit-8-billion-on-nov-15-un/
According to her, when people exercise their rights and responsibilities, they can navigate risks and become the foundation of more inclusive, adaptable and sustainable societies.
Kanem said the world is much more than a number, adding that “numbers matter, but let’s count carefully. A resilient world of eight billion, a world that upholds individual rights and choices, offers infinite possibilities – possibilities for people, societies and our shared planet to thrive and prosper.”
The executive director said that achieving demographic resilience starts with a commitment to counting not just number of people but also opportunities for progress and called for transformation that would break discriminatory norms that hold individuals and societies back.
She reiterated the need for education and other factors necessary for achieving demographic resilience, saying “it leads to economies that work for all people instead of just a few, and to a fair use of resources so that we can mitigate risks and meet the needs of current and future generations.”
On his part, Dr John Tor-Agbidye, the Managing Director of In-Country Medicare, expressed the imperatives of choice for all in tackling population explosion.
Tor-Agbidye called for reduction of Nigeria’s fertility rate from the present 5.3 children per woman to 2.3 per woman in tandem with global standard.

He explained that only the availability of choices for reproductive women to take decisions on when and how many children to have would the world attain demographic resilience.