Under the agreement, USB-C was to become the standard charging socket in the EU. 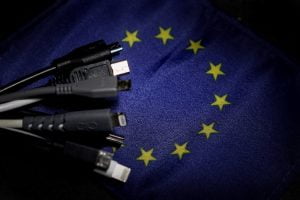 European Parliament and the 27 EU member states on Tuesday agreed that mobile phones and other electronic devices in the European Union should have standardised charging equipment from 2024.

Anna Cavazzini, a German Green EU lawmaker involved in the talks in her twitter handle, said “after a decade, finally one standard (USB-C) will charge them all. This will save resources and our nerves.’’

Under the agreement, USB-C was to become the standard charging socket in the EU.

The other electronic devices included in the agreement are tablets, e-readers, digital cameras, headphones and headsets, and portable speakers.

The EU parliament and member states must now adopt the regulations before their entry into force by mid-2024.

The primary target, obviously, was Apple as other smartphone manufacturers have already made the switch to USB-C.

Cupertino, on the other hand, Apple uses its proprietary Lightning adapter for the iPhone.

In addition to adopting a common charger for every smartphone, the European Commission also wants manufacturers to stop selling the accessories with every new smartphone.

Instead, the legislation directs manufacturers to provide consumers the choice to use their old charger.

In 2021, the European Parliament offered its support of this measure. Current estimates said the proposal would reduce the amount of e-waste produced in the EU by 980 tons per year.

Japan allows tourists back in the country