“Global Gateway will aim at mobilising investments of up to 300 billion euros between 2021 and 2027… bringing together resources of the EU, member states, European financial institutions and national development finance institutions,” a commission document said. 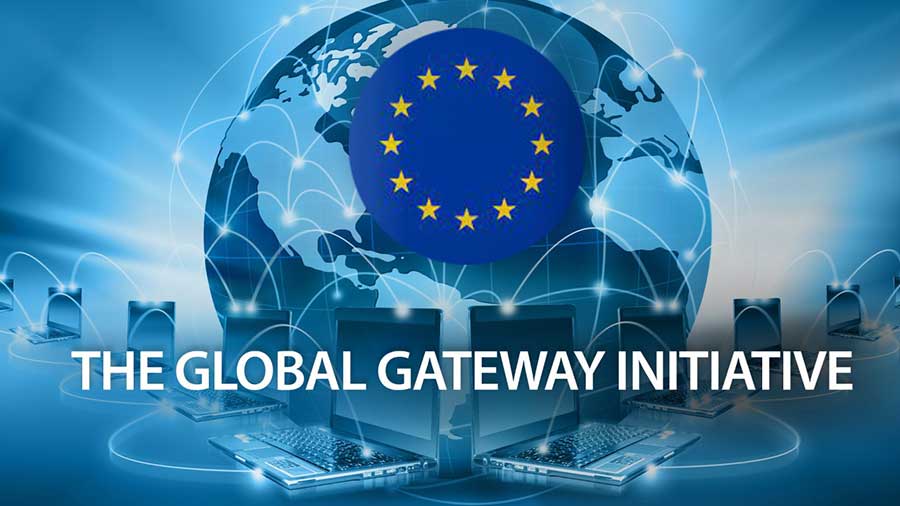 The European Commission has announced Wednesday a plan to mobilise €300 billion ($340 billion) in public and private infrastructure investment around the world, in a move seen as a response to China’s ‘Belt and Road’ strategy.

“Global Gateway will aim at mobilising investments of up to 300 billion euros between 2021 and 2027… bringing together resources of the EU, member states, European financial institutions and national development finance institutions,” a commission document said.

The Global Gateway plan does not mention China’s rival and longer-standing international infrastructure strategy by name — but EU chief Ursula von der Leyen called it a “roadmap for major investment in infrastructure development around the world.”

The money to be made available will not come from EU and member state coffers, and the plan will need funding from international institutions and from the private sector if it is to get anywhere near its target.

China launched its global investment strategy known as ‘Belt and Road’, a flagship project of President Xi Jinping, in 2013. Beijing has said it had invested $139.8 billion by 2020, including $22.5 billion last year alone.

Officially, it aims to develop land and sea infrastructure to better connect China to Asia, Europe and Africa for trade and development, and it has found many partners around the world.

The West, however, sees it as a tool for China to influence poorer countries. They criticise Beijing for inciting emerging economies to take on too much debt and allege the secretive tender process is prone to corruption.

The EU strategy is an offshoot of a plan by G7 countries to offer developing countries an alternative to Belt and Road presented in June at the industrial powers’ summit in Cornwall.

Jutta Urpilainen, the EU commissioner for international partnerships, defended the bloc’s performance, telling reporters that European development aid between 2013 and 2018 was “very close” to the level of ‘Belt and Road’ funding.

In addition to mobilising funds, the EU plan aims to share European technology and expertise with developing economies.

“We want to make Global Gateway a trusted brand that stands out because of high quality, reliable standards and high level of transparency and good governance,” said Von der Leyen.

“We are deeply convinced that this will ensure that investment makes a real difference on the ground. And this that this is done in a sustainable way.”